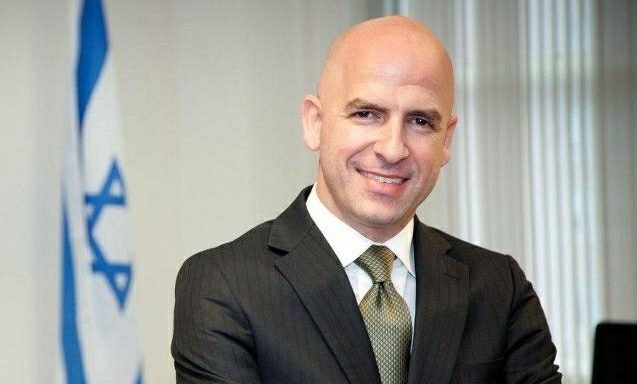 ELNET Israel is pleased to announce the appointment of Shai Bazak, an experienced former Israeli diplomat, as its new CEO. In this capacity, Mr. Bazak will assume responsibility for the management of the ELNET office in Israel. Bazak will replace David Siegel, who will continue in a new capacity as the President of the Friends of ELNET, based in the United States.

Bazak brings 25 years of experience as an Israeli diplomat and expert on international affairs in both government and the private sector. Early in his career, he was media director and spokesperson for opposition leader Benjamin Netanyahu and later during his first term as Prime Minister of Israel. He was then appointed Israel’s Consul General in Miami, with responsibility for Florida and Puerto Rico, and subsequently Israel’s Consul General in Boston, where he was the senior representative in the Northeast. Bazak later served as the Head of Mission of the Jewish National Fund in London to the UK, Scotland, and Ireland.

Shai Bazak gained extensive experience in media and public affairs and held positions as political correspondent and analyst, strategic consultant, and public speaker. He was appointed board member of several companies and public organizations, was a member of the committee regulating commercial television and radio broadcasting in Israel, and was involved in several philanthropic organizations. He was also CEO of a US-based investment group in Israel, with a focus on high-tech and consumer technologies.

Bazak stated, “I am very excited to be joining the ELNET team. As a practitioner in public diplomacy for many years, I fully appreciate the strategic importance of Israel’s ties with Europe, which is by far our largest trade partner, key source of R&D funding, and a major player in global diplomacy. In the post-COVID  era, Europe and Israel will need each other more than ever.” Bazak added, “The historic realignment between the Arab world and Israel offers a unique opportunity for a new chapter in Europe-Israel relations.”

“ELNET’s mission is to uncover the untapped potential of European-Israeli cooperation, and advance high-level engagement,” said David Siegel, President of the Friends of ELNET. “Shai Bazak brings unique experience in foreign policy formulation at the senior-most levels. We are delighted that he has joined ELNET as the organization grows by leaps and bounds and the momentum for change gathers force in the region.”

ELNET (European Leadership Network) is a nonpartisan organization dedicated to strengthening relations between Europe and Israel based on shared democratic values and strategic interests. ELNET facilitates in-depth policy discussions on key strategic issues and brings high-level delegations to Israel to experience realities on the ground. ELNET is determined to broaden its engagement with Europe even during COVID, through creative online programming, select VIP trips, VR technologies and strategic study tours for European diplomats stationed in Israel.