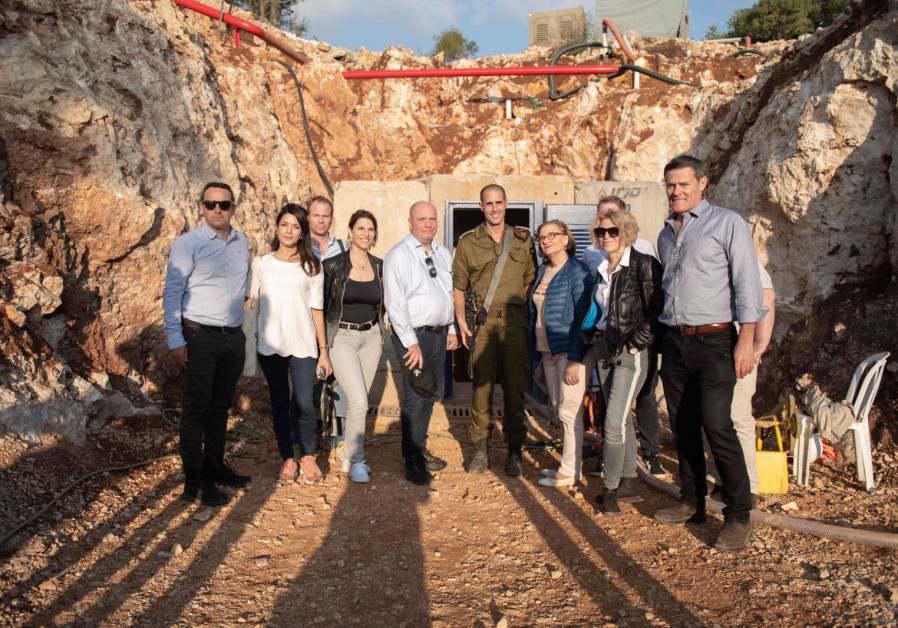 “We have to talk about Israel more in the European Union, to see and understand the threats that are surrounding Israel especially by Hezbollah and Iran,” MEP Karoline Edtstadler told The Jerusalem Post.

“The more you know the better you can understand Israel, which deserves more support from the EU,” she said, stressing that “We all want to avoid a war because a war will have an effect on the rest of the world, including Europe, which is not so far away. That’s not in the minds of people in Europe, they think it’s far away but it’s really not.”

Edtstadler was part of an eight-person delegation (four MEPs and four European Parliament policy advisers) that came to Israel on a trip organized by ELNET, an NGO dedicated to strengthening Europe-Israel relations.

The program of the visit included briefing with different policy experts; meetings with Knesset Speaker Yuli Edelstein, as well as Knesset members from Likud and Labor; a visit to Yad Vashem; meetings with Foreign Ministry officials; a tour of the North and strategic briefings at the northern border, as well as a tour of an Iron Dome battery; and a meeting with the head of EU delegation in Israel, among others.

Edtstadler, who visited Israel for the first time last October, told the Post that while meeting with the Israeli MKs, “they were clear that there is a big threat that a war could happen and that was a big difference from last year. They were clear that it wasn’t if there was going to be a war, but when there would be an attack and that shocked me.”

“We know that Israel is in a very difficult situation, but that it was that clear was eye-opening for me,” she added. “When you’re looking at a quiet landscape, but you are hearing that in every home there are weapons stored there by Hezbollah, and then you see the tunnels, then my attitude really changed. When you’re standing there and you see the tunnel that was dug for over 10 years to attack Israel, it changed my outlook completely. It’s shocking that an organization planned this for years and you could say it was luck that the IDF found the tunnels, so it couldn’t be used to invade the country. I can only speak for me, but it was impressive in a negative sense, it was shocking.”

Soren Gade, who served as Denmark’s defense minister from 2004-2010 and who has been an MEP since 2019, told the Post that the trip had a strong impact on him, since he served as a UN military observer serving in southern Lebanon during the Gulf War in 1991 before he entered politics.

“I was sad to see the situation like it is today,” he said. “Today, there is a stronger Hezbollah presence in the South than 30 years ago and it’s sad because whether we like it or not, there will be a military confrontation in the North and it will be nasty. Thousands of civilians will die. Rockets will be fired from homes and from next to UN positions. And Hezbollah will make it that when the IDF hits back because they have to, they know that civilians and UN personnel will die. That’s what they are aiming for: To lay the blame for their deaths on Israel.”

Gade, who has been involved in missile defense, told the Post that he was impressed with Israel’s Iron Dome system, which “is like an umbrella, and you need an umbrella when it rains.”

“It really struck me that it’s almost the same issues in 1991, with UN officials but a stronger Hezbollah in the South with over 100,000 missiles and working with Iran to get precision missiles… it’s terrifying,” Gade said.

The EU needs to stop differentiating between Hezbollah’s political and military wings and put more pressure on Iran, which continues to cross redlines and destabilize the region, according to Gade.

“The tunnels are surprising – they have the skills, money and time to build the tunnels,” he said. “It’s just incredible! And to think about what could have happened if they weren’t detected is just scary, they could have killed a lot of people. It’s unbelievable that some countries distinguish between the military and political wings of Hezbollah.”

“Being there, in Israel’s North, and hearing about the missiles and being inside the tunnel – it doesn’t make any sense that you cannot differentiate between the two,” he continued, stressing that “you can’t dig tunnels for over 10 years with your people sitting in government and that politicians didn’t know is just unreal.”