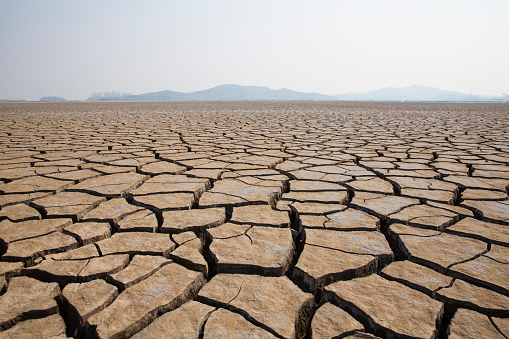 OP-ED: The Abraham Accords: A Chance to Tackle Climate Change in the Middle East

By Carsten Ovens, Executive Director of ELNET-Germany. This article was first published in the December issue of the German magazine Diplomatisches Magazin.

Dry riverbeds and reduced harvests: this summer once again brought it home to Germans and Europeans that climate change is here to stay. The situation in the Middle East is even more dramatic: in a region where water is scarce already, its consequences are devastating. Experts fear that climate change will affect the region spanning from the eastern Mediterranean to the Persian Gulf more heavily than the rest of the world. Temperatures rising by four degrees are already factored in, something that could only be prevented by harsh measures taken on a global scale. It is therefore fitting that the world comes together in Sharm el-Sheikh this November for the UN Climate Conference (COP27).

The Egyptian beach resort, located close to the Israeli border, has been the site of momentous cooperation agreements between Israel and other countries in the region. The foundations for this were laid over the past two years: the Abraham Accords agreed with the United Arab Emirates and Bahrain on 15 September 2020 and expanded to include Morocco (December 2020) and Sudan (January 2021) have altered the political realities of the Middle East in a fundamental way. For two years already, they have created the groundwork for an increasingly warm peace.

What’s more, there are also tentative hopes for cooperation between Israel and other Arab states that are not (yet) part of the Abraham Accords framework. On November 8, the member states of the Eastern Mediterranean and Middle East Climate Change Initiative came together under the aegis of the presidents of Egypt and the Republic of Cyprus. Remarkable here: Israel sat at the same table as the representatives of Lebanon, the Palestinian National Authority, Iraq, Saudi-Arabia, and Qatar. Just as the Maritime Border Deal that Israel and Lebanon recently concluded, this shows that improvements are possible even in bilateral relations that have been tense for decades. In this way, the looming question of climate change might also have a positive aspect, building new bridges under the sheer pressure confronting all of us together.

The closest ties Israel has forged over the past two years are with the United Arab Emirates. This has even had a positive impact on the relations with other states. A good example is the Blue Green Deal between Israel, Jordan, and the UAE that will see water delivered to Jordan by Israel in exchange for solar energy exported from Jordan the other way. The UAE played a key role in the agreement and will be involved in building the solar plants. COP27 saw the signing of a Memorandum of Understanding that had been brokered with the support of John Kerry, the USA’s Presidential Special Envoy for Climate. In parallel, the Federal Republic also concluded its first trilateral agreement with Israel and the UAE on energy efficiency in construction and housing. This agreement could form a template for further projects in many other areas.

Moroccan-Israeli relations also received a boost in Sharm el-Sheikh. King Mohammed Ben Al-Hassan and Isaac Herzog, President of Israel came together in Israel for a bilateral meeting. On the economic level, the Israeli company H2Pro and the Moroccan Gaia Energy concluded an agreement that envisions cooperation on green hydrogen. The Moroccan renewable energy company will use Israeli technology to produce hydrogen and hopes to export it to Spain in the future. Morocco and Israel had already concluded a comprehensive cooperation agreement on energy in September 2022, which includes closer research collaboration on batteries, recycling, solar energy, and hydrogen as well as cooperation in energy transport.

For the Middle East, the summit already constitutes a success. However, a lot remains to be done. The question remains what roles Germany and the European Union can play to support these still very recent and new developments. One option would be to set up a development fund that supports climate projects within the framework of the Abraham Accords. This could help achieve two things at once: while reducing emissions and fighting climate change, such an initiative could help stabilize the region by way of regional cooperation.

The case of the Syrian Civil War shows what is at stake for Europe. The conflict was preceded by a devastating drought and a dramatic increase in food prices. New suffering and refugee crises can only be prevented by climate initiatives that bring the region together.

One contribution can be made by deepening economic integration within the region as well as with the EU. As the economist Jeffrey Sachs suggests, Europe could make a crucial contribution by pursuing the integration of European and Middle Eastern electricity grids. The potential benefits for Europe are evident, given the vast mid- and long-term potential of (particularly) solar energy imports from the region. Here, the EU could set the condition that grid integration with Europe can only go ahead if Israel is included. Technologically speaking, this would in any case make a lot of sense.

The European side is ideally placed to make a key contribution in one area: helping Palestinians profit from the climate projects taking place within the Abraham Accords framework. A third partner can greatly facilitate agreements such as the Green Blue Deal between Israel, Jordan, and the UAE. Germany is a trusted partner in Ramallah and the West Bank as well as Israel and could therefore play a unique role. Clearly, this is an urgent matter: climate change also severely affects the hilly West Bank. And not least, new initiatives for peace are sorely needed.

The start-up nation Israel is a natural partner for climate projects. It is a leading player in various technological areas: from drip irrigation to soil sensing and the development of drought-resistant grains to yield and emission efficient milk cows, Israel offers answers for the central challenge of our time. In a region in which food scarcity has contributed to political instability during the last 15 years, this is needed more than ever. In areas such as the common fight against wildfires as well, the advantages of regional cooperation are also obvious. It is high time to make the most of existing opportunities for peace and prosperity.

The next UN Climate Summit (COP28) will take place in the UAE in November 2023. This will be a perfect opportunity to conclude further cooperation agreements within the Abraham Accords framework – Germany and the EU should aim to play a key role here. Ideally, this should be anchored in a common European framework, from climate issues to Middle Eastern policy. Whatever form this takes: the Abraham Accords provide a unique opportunity to tackle climate change in the Middle East.