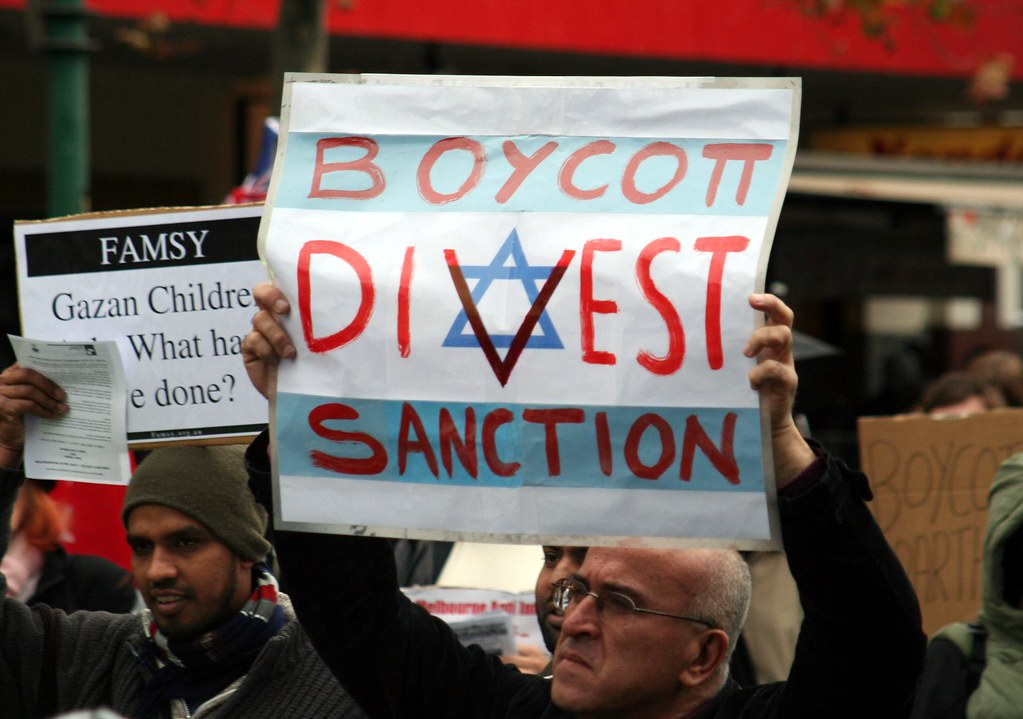 ELNET UK has issued a Special Bulletin on Boycott, Divestment, Sanctions (BDS). We are honoured to be able to feature the following messages in our Bulletin:

“Through cultural and economic boycotts focused solely on Israel, the BDS movement seeks to deligitimise the world’s only Jewish state and the UK’s only democratic ally in the Middle East.  Although such economic campaigns have been largely unsuccessful, ideologically this movement is embedded in a deep-seated obsession with Israel, and spreads biased and unbalanced misinformation.  Just as we have seen on university campuses, BDS campaigners poison hearts and minds by using discriminatory propaganda regarding Israel, the Jewish community, and the situation in the Middle East.  They create hateful politics, which does nothing to assist the Palestinian people and ultimately presents a barrier to peace.  ELNET stands shoulder to shoulder with our fellow organisations working to expose BDS lies and supports the condemnation of this movement by the Secretary of State for Levelling Up.  We urge the government to honour their manifesto commitment to introduce legislation curbing the powers of public bodies to impose BDS campaigns, so those supporting BDS can no longer use this weapon as a cloak for antisemitism.“

“In our experience, promoters of BDS invariably target only Israel, even though major international companies operate in disputed territories and countries where appalling human rights violations are committed all round the world. The main effect of BDS is not to harm the flourishing Israeli economy, but to promote hostility towards Israel and Jews. Research at US universities has shown that the best statistical predictor of anti-Jewish hostility, as measured by actions that directly target Jewish students for harm, is the amount of BDS activity. We commend the excellent work of ELNET demonstrating the true nature of this campaign.”

“BDS is increasingly recognised for what it is – a hardline, anti-peace movement. For all their noise and bluster, the attempts by activists to delegitimise Israel through BDS activities have patently failed. Central to this has been the UK Government’s long-standing and unequivocal rejection of the controversial movement. At every turn, the UK – which identifies Israel as one of its closest partners – has robustly rejected calls for boycotts. It is precisely why bilateral trade has expanded exponentially in recent years as the two countries have become ever closer. This new high-water mark in bilateral relations has not only seen a landmark new decade-long strategic partnership, but the UK and Israel have also now formally initiated the process to secure a bespoke trade deal which maximises the many opportunities for our two forward-looking high-tech countries. The Government’s commitment to protect and enhance trade will be further emphasised by forthcoming legislation to tackle public bodies from pursuing politically-motivated BDS activities which harm community relations and the UK’s foreign policy and trade interests. After all, the UK-Israel relationship makes the citizens of both country’s healthier, safer, and more prosperous.”

“The extremist BDS movement is morally wrong; singling out the world’s only Jewish state in order to delegitimise its very existence.  It is totally counterproductive in efforts towards peace in the Middle East. The BDS movement is resolutely opposed to a two-state solution, the peace process and efforts at coexistence.  Boycotts actively undermine the prospects of peace by pushing Israelis and Palestinians further apart: cultivating an environment of rejection and division while empowering extremist voices on both sides.  Instead of promoting divisive boycotts, we should instead be doing everything we can to bring ordinary Israelis and Palestinians together in the spirit of peace and reconciliation. This is both the right thing to do and a vital prerequisite to any successful political process.  It was deeply encouraging that at the LFI Annual Lunch last November, Keir Starmer unequivocally stated that under his leadership the Labour party “does not and will not support BDS” and instead will seek to reinforce the bilateral relationship between the UK and Israel.”

“It’s quite absurd that local councils can, in theory, undermine the excellent relationship between the UK and Israel by promoting their own tokenistic foreign policy position of boycotting and divesting their pensions from Israel. We need the law changed to close this loophole, because BDS by local authorities risks importing the conflict into communities in the UK and causing huge distress to British Jews who feel an affinity with Israel. I would urge everyone to write to their MP to ask them to vote for a ban on BDS by public bodies.”