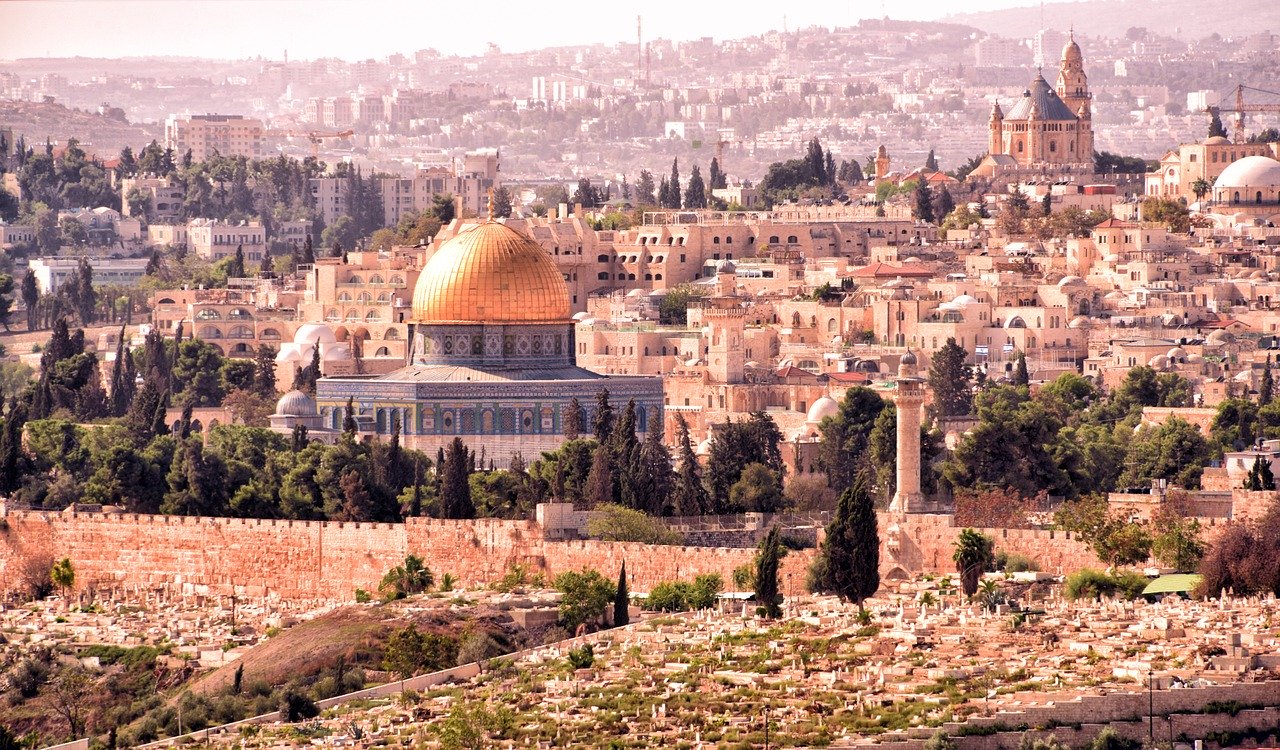 The unveiling of the peace plan

On January 28, U.S. President Donald Trump unveiled his long-awaited Middle East peace plan at a White House press conference. The decision to publish the plan comes two and a half years after President Trump announced his intention to launch a new peace initiative, and half a year after the economic chapter of the plan was revealed at an international conference in Bahrain.

President Trump called the proposal a “win-win” for both Israelis and Palestinians. Israeli Prime Minister Benjamin Netanyahu attended the press conference, calling the deal “a great plan for Israel” and comparing its announcement to President Harry Truman’s recognition of the State of Israel in 1948. While Palestinian leaders were not present and rejected the proposal ahead of the announcement, envoys of United Arab Emirates (UAE), Bahrain and Oman attended the unveiling of the deal.

Key points of the proposal

At its core, the U.S. peace plan envisions a two-state solution, with Israeli and Palestinian states.

Unlike past peace proposals, the plan includes a conceptual map delineating proposed borders between the two states. The Palestinian state would consist of most of the West Bank (approx. 70%), and the Gaza Strip. All the Israeli settlements in the West Bank would become part of the Israeli territory. Unauthorized outposts will be removed. Israel will compensate the Palestinian side with territorial swaps in a volume “reasonably comparable” to the pre-1967 territories; most of them located in the south of Israel close to the Egyptian border. The plan also offers the option of swapping the so-called “Triangle” – an area of several Arab towns adjacent to the West Bank which is currently part of Israel proper, on condition of a specific agreement between the parties.

The plan leaves most of Jerusalem, including its Old City, under Israeli control based on the current barrier, while Palestinians are to establish a capital on the outskirts of the city. The existing status-quo with regards to Jerusalem’s holy places would remain in place. Palestinians and others of Muslim faith will have unimpeded access to holy Muslim sites.

The plan does not foresee the absorption of any Palestinian refugees into Israel yet states they will be free to immigrate to the state of Palestine with some limitation, become citizens of the current host countries or immigrate to other Muslim countries.

The plan sets several conditions for the establishment of the Palestinian state. These include full demilitarization of the Gaza Strip, as well as disarmament of Hamas and all other militant groups in Gaza. Palestinian Authority would also have to end its policy of payments to the families of terrorists involved in attacks on Israelis and incitement against Israel.

The economic chapter of the U.S. peace plan presented last June in Bahrain foresees a $50 billion investment in the Palestinian regional economies over 10 years. Over half of this sum would be wired to the Palestinian territories, while the rest will be channeled to neighboring countries: Lebanon, Egypt, and Jordan. For instance, a part of the sum would be dedicated to the development of Egypt’s Sinai Peninsula, to benefit Palestinians living in the neighboring Gaza. The money will be managed through an international fund, with the aim of doubling the Palestinian GDP, creating over 1 million jobs, decreasing the unemployment rate and cutting the poverty rate by half. The vision documents released in June include a list of 179 development programs and projects in the areas of infrastructure, water, power, telecommunications, tourism, medical facilities, services, and others. Among them, the plan foresees a construction of a $5 billion transportation corridor and high-speed railway connecting the West Bank and Gaza, as well as a nearly $1 billion investment in the Palestinian tourism industry, development of Palestinian high-tech sector, water and electricity facilities, and establishment of new industrial zones.

International response and what’s next

The proposal gives both sides a 4-year period to negotiate and reach an agreement based on the peace plan. In this period, Israel shall freeze all settlement construction in territories designated to the Palestinian state.

The U.S. peace plan received a positive response from Israel’s government and the main opposition party (Blue and White). PM Netanyahu stated that in line with the proposal, Israel will soon apply its laws on the Israeli settlements in the West Bank which have been delineated in the plan as the Israeli territory, as well as in the Jordan Valley. However, Israeli officials remain ambiguous regarding the timeline, while White House Senior Advisor Jared Kushner suggested that the Israeli government should wait until after the March 2 elections before moving forward.

Netanyahu’s main political rival, Benny Ganz of the Blue and White party has also generally endorsed the plan, following a meeting with President Trump a day before its public announcement. He has also declared that he intends to bring the proposal before a Knesset plenum for a vote. The vote will be symbolic and is seen by many as a political move aiming at splitting the right-wing electorate.

Palestinian Authority (PA) rejected the plan, with Palestinian President Mahmoud Abbas stating he expressed “a thousand no’s to the Deal of The Century,” which “will not pass.” The PA does not regard the U.S. as an “honest broker” in the process, following the Trump administration’s decision to recognize Jerusalem as the capital of Israel and Israel’s sovereignty over the Golan Heights. Meanwhile, following the announcement, Palestinian terrorist groups in Gaza launched a series of rocket attacks at southern Israel.

The Arab world responded to the plan in mixed voices. Officially, the Arab collective represented by the Arab League voted to unanimously reject the U.S. peace plan, calling it “unfair” to Palestinians. However, representatives of the UAE, Bahrain, and Oman attended the unveiling of the plan, and some Arab countries like Saudi Arabia, UAE and Egypt sounded positive messages and called on Palestinians to enter the negotiations with Israel. Meanwhile, in the week following the unveiling of the plan, PM Netanyahu traveled to Uganda where he met with the transitional leader of Sudan, Abdel Fattah al-Burhan, discussing relations between the two countries. The meeting marks a new opening between Israel and a Muslim-majority country.

After an initial cautious response, the European Union High Representative Josep Borrell issued a statement criticizing the U.S. peace initiative, stating that it “departs from internationally agreed parameters.” The EU called on both parties to engage in direct negotiations, and refrain from any unilateral actions, stressing: “We are especially concerned by statements on the prospect of annexation of the Jordan Valley and other parts of the West Bank.” The statement suggested such move could be met with tougher EU response: “Steps towards annexation, if implemented, could not pass unchallenged.”

German Foreign Affairs Minister Heiko Maas called for a “balanced approach”, stressing that “only a negotiated two-state solution, acceptable to both sides, can lead to a lasting peace between Israelis and Palestinians”.

UN Secretary-General Antonio Guterres said that the UN supports a two-state solution on the basis of the pre—1967 lines, referring to past UN Security Council and General Assembly resolutions.

Russian authorities called for direct negotiations between Israelis and Palestinians, questioning plan’s feasibility given the rejection of the plan by Palestinians.

Many analysts stress that the reactions of world leaders to the U.S. peace plan, as well as the results of the upcoming Israeli and U.S. elections, may well determine its fate. However, without a buy-in from the Palestinian side, the plan remains unlikely to lead to the Israeli-Palestinian peace process in the near future.

By constructively engaging with all recognized parties concerned and building on the positive elements of the Trump administration’s initiative, European nations may have an opportunity to help stabilize the Israeli-Palestinian scene and keep the window open to reviving future Israeli-Palestinian peace efforts. European relations with Israel and particularly the Palestinian leadership enable it to encourage both sides toward a constructive process and to offer compromises regarding critical aspects of the Trump administration’s peace plan.

Peace to Prosperity: A Vision to Improve the Lives of the Palestinian and Israeli People, White House