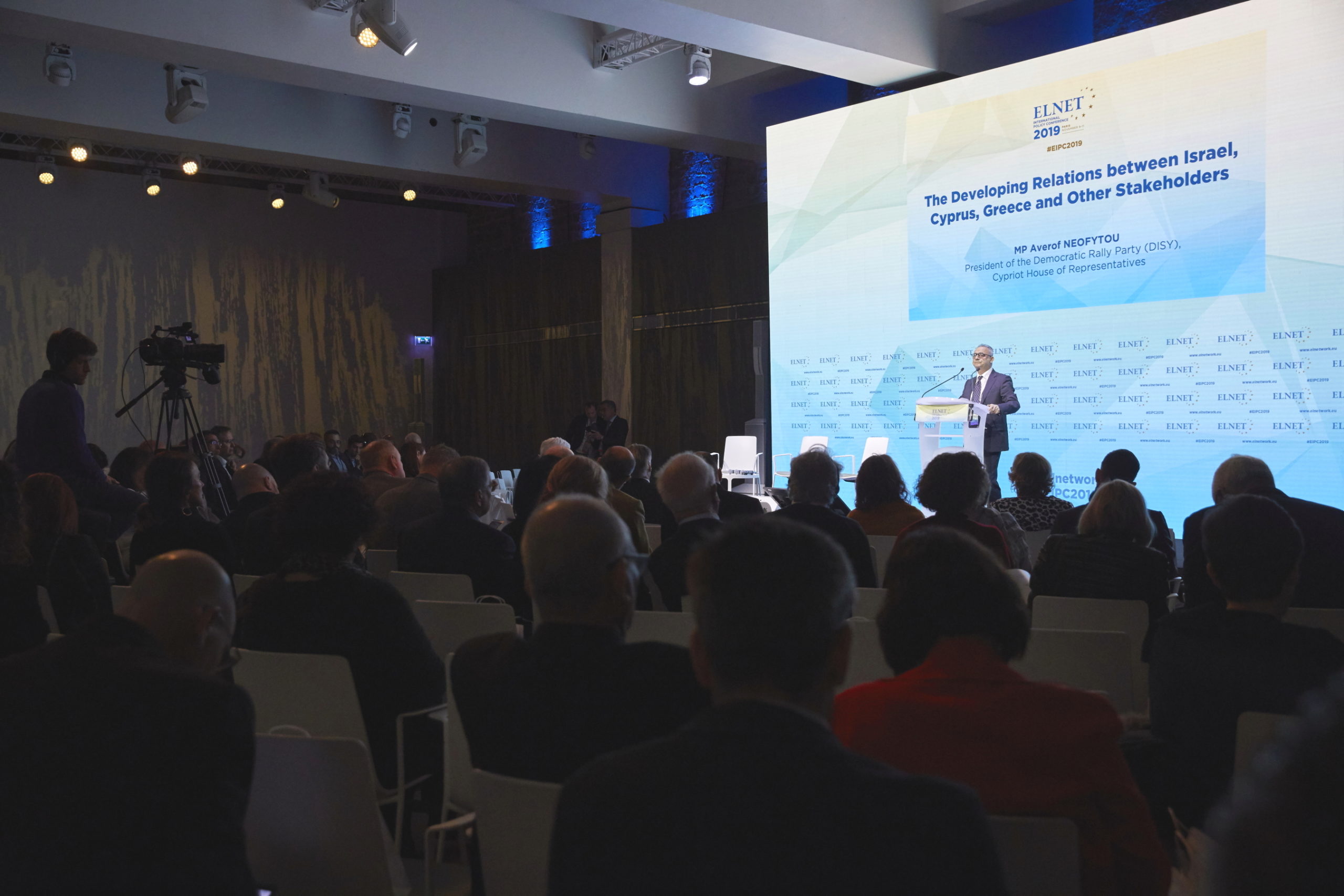 Top European policymakers call for a fresh start with Israel; denounce antisemitism in all its forms

Prominent European leaders denounced antisemitism in all its forms and called for closer ties with Israel at the 2nd ELNET International Policy Conference, the largest Europe-Israel policy conference to date, held November 9-11 in Paris.

Over 60 speakers and 400 participants, including decision-makers, opinion leaders and activists from more than a dozen countries attended the conference. The discussions addressed critical issues facing Israel, Europe and the global Jewish community, from antisemitism to the Iranian threat.

The overarching theme of this year’s conference was “Facing Security Challenges: European and Israeli Perspectives.” Multiple sessions addressed key policy issues such as sources of instability in the Middle East, new incarnations of jihadism, the U.S. retreat from the Middle East, Europe’s Iran dilemma, upholding the rule of law in countering terrorism and radicalization, cybersecurity challenges, new regional alliances in the Middle East, as well as democracy, and extremism in the information age. The conference highlighted areas of cooperation and provided a unique occasion for European and Israeli decision-makers and opinion leaders to interact in an intimate setting.

Extremism, Antisemitism and the Delegitimization of Israel

Discussing how to ensure the security of Jewish communities in Europe and beyond, European and Israeli policymakers addressed the growing threats of extremism, antisemitism, and the delegitimization of Israel.

MK Yair Lapid, Co-chairman of the Blue and White party, opened the conference with a powerful speech on antisemitism, stressing the central role of the State of Israel in ensuring the security of Jewish communities:

“It is up to each one of us to make sure that there is zero-tolerance for antisemitic attitudes and abuse in our personal circles. Whoever attacks Jews also attacks our values and our democracy. (…) We must work together to ensure there is no room for hate in our societies.”

Elan. S. Carr, Special Envoy to Monitor and Combat Anti-Semitism at the U.S. State Department, and Katharina von Schnurbein, the European Commission’s Coordinator on combating Antisemitism,highlighted concrete steps which should be taken by European countries, and the European Union to address the growing antisemitism across Europe.

Katharina von Schnurbein explained why the work of organizations such as ELNET is crucial:

“Few Europeans have actually visited Israel, but almost everyone has an opinion on the ‘Israel-Palestine conflict.’ Therefore, the work of ELNET to bring people to Israel to experience it firsthand is so important.”

MEP Karoline Edtstadler, Chair of the Antisemitism Working Group at the European Parliament and former State Secretary of Interior of Austria, who recently took part in a delegation to Israel organized by ELNET, stressed the importance of education for combating antisemitism:

“The young generation is not to blame for what happened in the past, but we need to equip them with the responsibility and the tools for detecting and fighting antisemitism.”

The conference addressed key shared security challenges in Europe and the Middle East, including the threat posed by Iran and its proxies such as Hezbollah.

“Israel’s security is vital to France’s interest, it is non-negotiable. Our president who will visit Israel [early next year] will say it again. Iran wants to destroy the state of Israel – it is one of the articles of Iran’s constitution. Israel’s friends must be strong.”

“Iran is pursuing its own agenda and is gaining ground, is it achieved with Hezbollah in Lebanon. The regime in Teheran is proclaiming the extinction of the state of Israel and just now resumed enriching uranium. It is perfectly understandable, why Israel is worried about the situation and conducts military actions to secure its territorial integrity and the safety of its citizens,” adding that “as Europeans, we have to acknowledge, that maybe we do not completely understand the threat and the conflict that Israel finds itself in.”

European policymakers stressed the importance of nurturing a vibrant relationship between Israel and Europe. MP Aurore Bergé, President of the France-Israel Friendship Group in the French National Assembly stated:

“We need to build bridges between Europe and Israel and reinforce our mutual principles and values.”

Discussing the developing relations between Israel, Cyprus and Greece, MP Averof Neofytou, President of the governing Democratic Rally Party (DISY) at the Cypriot House of Representatives, explained how Cypriot decision-makers came to see Israel as central to their country’s security:

WATCH the keynote addresses and speeches at the 2nd ELNET International Policy Conference: