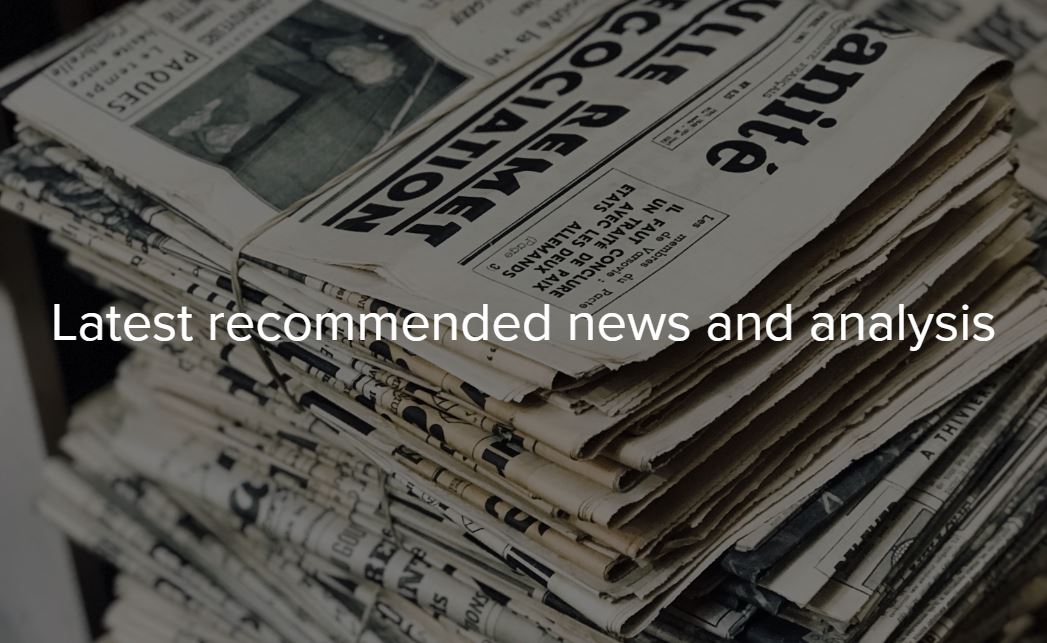 The escalation between Israel and the Gaza factions over the weekend – more than 400 rockets fired at Israel, a broad bombing of Gaza by the air force, seven Palestinians killed and six Israelis wounded – reflects an attempt by Hamas to address its economic woes  by putting military pressure on Israel at a sensitive time. Read more…

“An Opportunity to Extract Concessions from Israel” (analysis)

The weekend’s flare-up of violence in the Gaza Strip did not come as a surprise. In the past few weeks, Hamas and Palestine Islamic Jihad (PIJ), the two major forces in the coastal enclave, have been warning of an imminent “explosion” due to what they call the slow pace of the implementation of the Egyptian-brokered ceasefire understandings between the Gaza-based groups and Israel. Read more…

“Why the Gaza rocket fire? Because Hamas thinks Israel is vulnerable to extortion” (analysis)

Avi Issacharof, The Times of Israel

Ahead of Independence Day and the Eurovision Song Contest, Gaza’s terrorist rulers see a rare opportunity to pressure Israel, which it knows is desperate for calm. Read more…

“What should Israel really do about Gaza?” (opinion)

During the Israeli election season, some political parties called for victory over Hamas and overconfidently touted their ability to achieve that goal. Even if election slogans ought to be forgotten, it is worthwhile examining this demand for victory methodically. Read more…

“The Economic Crisis in the Palestinian Authority: Time for a Strategic Alert” (analysis)

“The Eastern Mediterranean and the EU Parliamentary Election” (analysis)

The states of the Eastern Mediterranean should pay close attention to the upcoming European parliamentary election, as its outcome will influence geostrategic and economic developments in that region. Israel, Cyprus, and Greece will have a major role to play in strengthening Western relationships in the region for decades to come. Read more…

For seven decades now, Europe and Israel have been good friends, partners and neighbors. We have joint interests, joint history and a joint future. Read more…

The president called on MKs to put political strategy behind and ‘clean the dirt’ after elections season; with traditional ceremonies, 120 Knesset members declared their commitment to the State of Israel. Read more…

The Trump administration and the Palestinian Authority are caught in a battle over how the Arab world will respond to the administration’s Middle East peace plan. Read more…

Will Trump’s Peace Plan Learn the Lessons of Oslo? (opinion)

Will specificity without ambiguity suffocate the process before it begins? If individual issues of the plan are not an existential threat to Israel, then a level of flexibility is warranted. Read more…

“Bonds between Europe, Israel are critical to Israeli and Jewish security” (opinion)

Mark Kirk, The Times of Israel

America will always be Israel’s greatest ally, but Europe is the key to securing Israel’s long-term safety and security. Strong relationships on the continent help to ensure that the past cannot be repeated, secures Israel’s survival and protects the minority communities of the Diaspora. Read more…

“A Rising Tide of Anti-Semitism” (opinion)

As the world once again contends with this age-old enemy, it is not enough to refrain from empowering it. It is necessary to stand in opposition. Read more…

The most disturbing finding identified in 2018, is the sense of insecurity prevalent among Jews and confirmed by surveys. They do not feel an integral part of society anymore and sometimes they even sense a state of emergency. Antisemitism is mainstreaming, even normalized as a constant presence, in the public as well as in the private sphere. Read more…

Israel ushered in its Holocaust Remembrance Day on Wednesday in memory of the 6 million Jews killed by Nazi Germany and its collaborators in World War II, as leaders voiced concerns about a rising tide of anti-Semitism worldwide. Read more..

In the European Union, numerous programmes seek to preserve the memory of the Holocaust in the history of the continent. Since 1995, the European Parliament has adopted resolutions drawing attention to the obligation to remember not only through commemorations but also through education. In November 2018, the EU became a permanent international partner of the International Holocaust Remembrance Alliance (AISH). Read more…

Start-Up Nation Central’s annual ecosystem report describes the state of the Israeli high-tech ecosystem as “in the midst of a period of strong growth.” At the end of 2018, it comprised more than 6600 active companies, over 500 multinational companies from 60+ countries, and more than 220 active hubs, many of them connected to European companies. Read more…

The discovery of more major natural gas fields in Israel since 2009 has transformed the Jewish state from an energy-dependent country into an energy supplier. Read more…