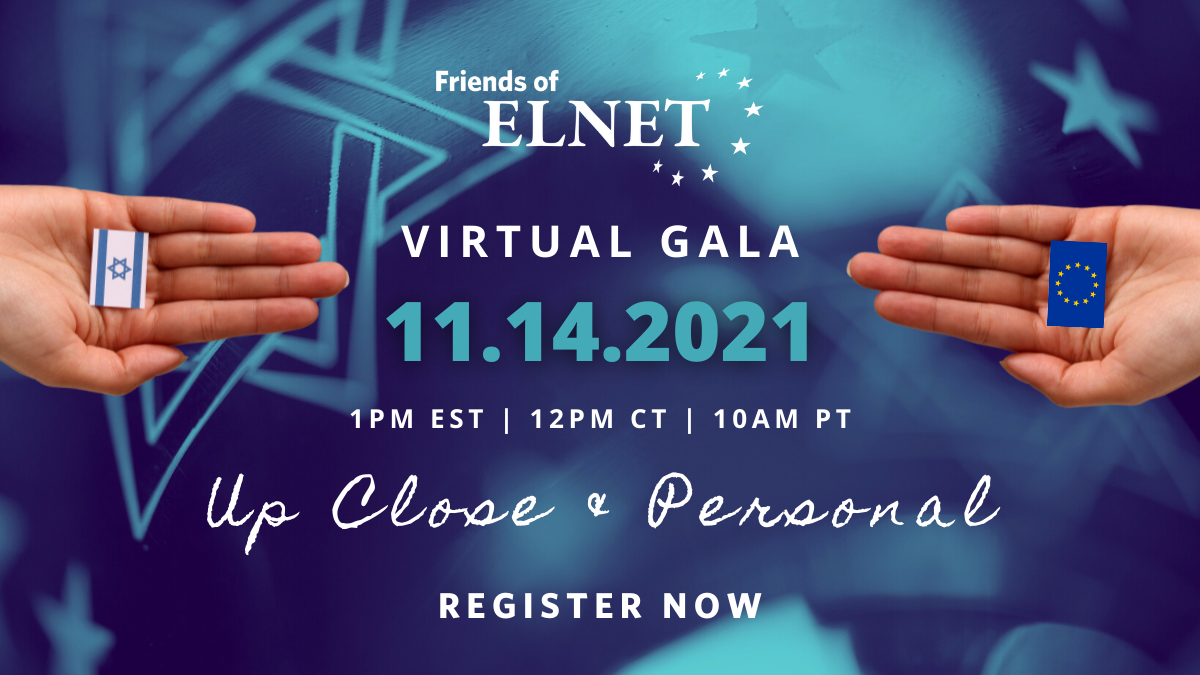 The Friends of ELNET global community is coming together for a virtual gala experience!

Europe is Israel’s largest trade partner, key supporter of Israeli innovation, and a major player in global diplomacy. Europe and Israel share common values and interests and inhabit the same strategic neighborhood. Yet, European and Israeli officials rarely interact. While an estimated 80% of US members of Congress have visited Israel, only 10% of European lawmakers have had the opportunity to do so.

ELNET (The European Leadership Network) is the leading non-profit, nonpartisan organization dedicated to strengthening relations between Europe and Israel. We have engaged more than 4,000 leaders through our programs by hosting hundreds of high-level delegations, in-depth policy discussions on key strategic issues, and on-the-ground events in key capitals.

Join us for our key annual event featuring top speakers, and insights into ELNET’s daily work across Europe and Israel.