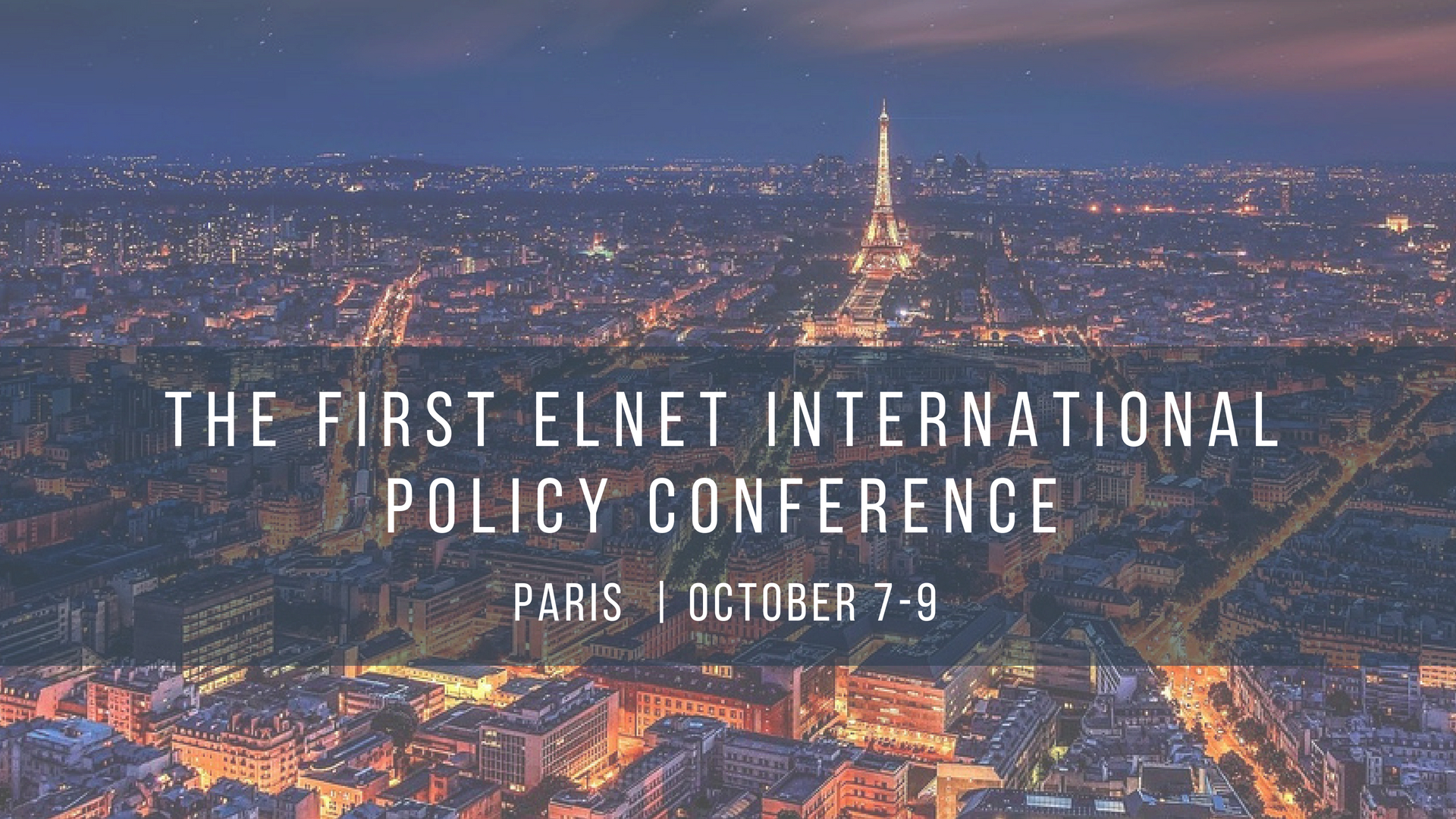 The European Leadership Network (ELNET) will hold its first International Policy Conference in Paris on October 7-9, 2018.

The conference will bring together experienced policymakers and experts from key European countries and Israel, as well as selected speakers from the US, to engage in a frank and open dialogue and address important policy areas of key interest to Europe and Israel. The overarching theme of the conference is “Europe-Israel cooperation on common threats and opportunities.” Breakout sessions will tackle specific policy areas such as European and Israeli approaches to geopolitical developments in the Middle East, the threat of Iran, Russia’s role in Europe and the Middle East, transatlantic relations, the Israeli-Palestinian conflict, the changing global order, challenges to democracy, as well as Europe-Israeli relations and prospects for increased cooperation in cyber security, hi- tech, and counter terrorism.

The event will be the first of such annual conferences which will take place in key European capitals, with the intention of fostering a strong network of policymakers and opinion leaders supporting the relationship between Europe and Israel.

Europe is Israel’s largest trade partner, accounting for approximately one third of Israel’s exports and half of Israel’s imports. Israel is Europe’s third largest trading partner in the Middle East, and its economic performance is among the strongest in the OECD countries. Europe is also the largest source of funding for Israeli science and innovation, which in turn is of increasing interest to European academic and research institutions and business. Israel was the first non-European country to enter a close research cooperation agreement with the EU. As such, EU-funded grants to Israel surpassed $2 billion (€1.7 billion) over the past 20 years.

Moreover, Europe and Israel share the same geo-strategic neighbourhood and face similar challenges and opportunities. Europe is a key player in global diplomacy with strong representation in the UN Security Council, G7 and the group of nations which negotiated the Iran nuclear deal. Israel is an important political and security actor in Europe’s southern flank. Israel’s strategic location at the crossroads of Europe, Africa and the Middle East and its unique experience in key areas provide powerful opportunities for cooperation in cyber security, water management, environmental protection, smart mobility, and innovation. The discovery of large gas reserves in the Eastern Mediterranean opens new opportunities for cooperation in the field of energy, potentially contributing to European security.

Political disagreements and mistrust, fatigue with ongoing regional conflicts and a lack of deeper understanding of each other continue to burden Europe-Israel relations. At the same, both Europe and Israel face severe challenges from terrorism, cyber security, the volatile international order, and immigration. Common experience, as well as shared values and interests create favourable conditions for strengthening cooperation in multiple areas between Israel and Europe.