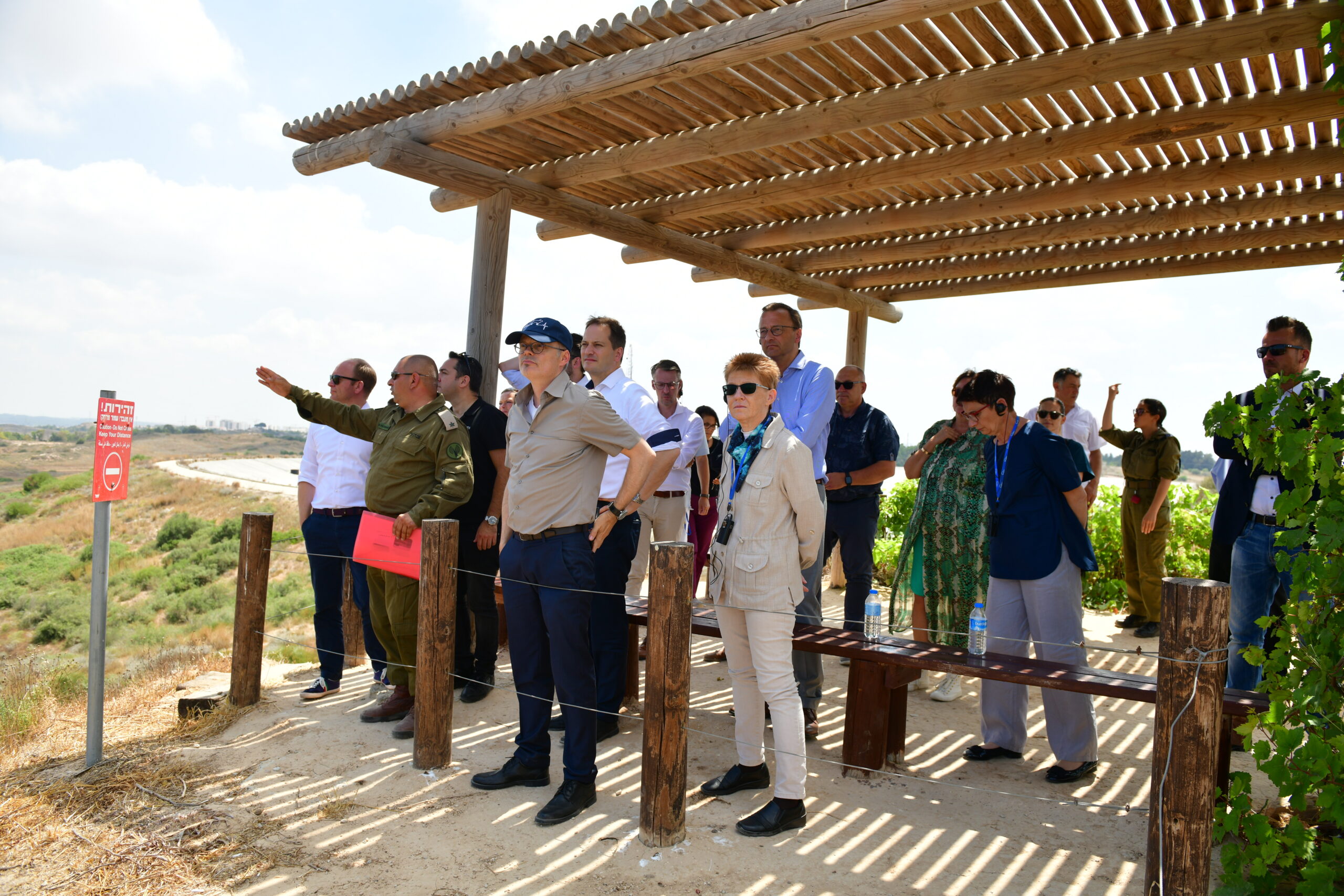 Israel is once more going through a period of political upheaval. The country is likely to vote for a new parliament in October 2022: this would be the fifth election since April 2019.

On the first day of the visit, the group witnessed a possibly historical session of the Knesset in which Prime Minister Naftali Bennett defended his government’s record. The debate was triggered by signatures of forty MPs from the opposition. The ensuing intense debate with Benjamin Netanyahu offered a glimpse of the election campaign that now lies ahead.

Before visiting the Knesset, the group met Ambassador Joshua Zarka, Head of the Strategic Department at the Ministry of Foreign Affairs, for an exchange on foreign policy challenges for Israel and the region. The group also met coalition and opposition members of the Committee for Public Safety, headed by MK Merav Ben Ari.

One of the trip’s highlights was meeting Minister of Intelligence MK Elazar Stern, one of the leading figures of the liberal party Yesh Atid. In addition to issues relating to public safety, the conversation focused on Israel’s current political situation and the region and perspectives for understanding between Israelis and Palestinians.

In addition to these meetings, the group visited the West Bank to meet Dr. Amal Jadou, Deputy Foreign Minister of the Palestinian Authority. The parliamentarians also met Oliver Owcza, Head of Mission at the Representative Office of the Federal Republic of Germany in Ramallah, who briefed the MPs on the political situation in the West Bank and in Gaza. In the evening, the group had the opportunity to discuss the current state of German-Israeli relations with Ron Prosor, designated Ambassador of Israel to Germany, and Dr Jörg Walendy, Deputy Chief of Mission at the German Embassy in Tel Aviv.

On a practical level, briefings on the Missile Defence system Iron Dome, a visit of the Erez border crossing between Israel and Gaza, and exchanges with representatives of the city of Sderot underscored the difficult situation in southern Israel when it comes to security.

In Yeruham, a small town in the Negev desert, the delegates met Mayor Tal Ohana. The German politicians had the opportunity to find out how the town managed to overcome its previous economic stagnation through innovative public policy measures, and how this positive trend can be sustained. Moreover, Mayor Ohana discussed in depth her experience in building bridges between members of the Bedouin community of the region and the citizens of her town.

The delegation travelled home having gained new insights of the situation in Israel. In many areas relevant to their political field – from the security situation in the South to cyber security and terrorism financing – the parliamentarians profited from the trip and thanked ELNET for the rich program of the delegation. ELNET was once again able to introduce MPs to the complexity of the security situation of Israel on the ground.

PrevPreviousELNET Delegation from the Baltics and Poland featured in Times of Israel
NextBiden’s visit: Think big and go for a broad 3-way dealNext