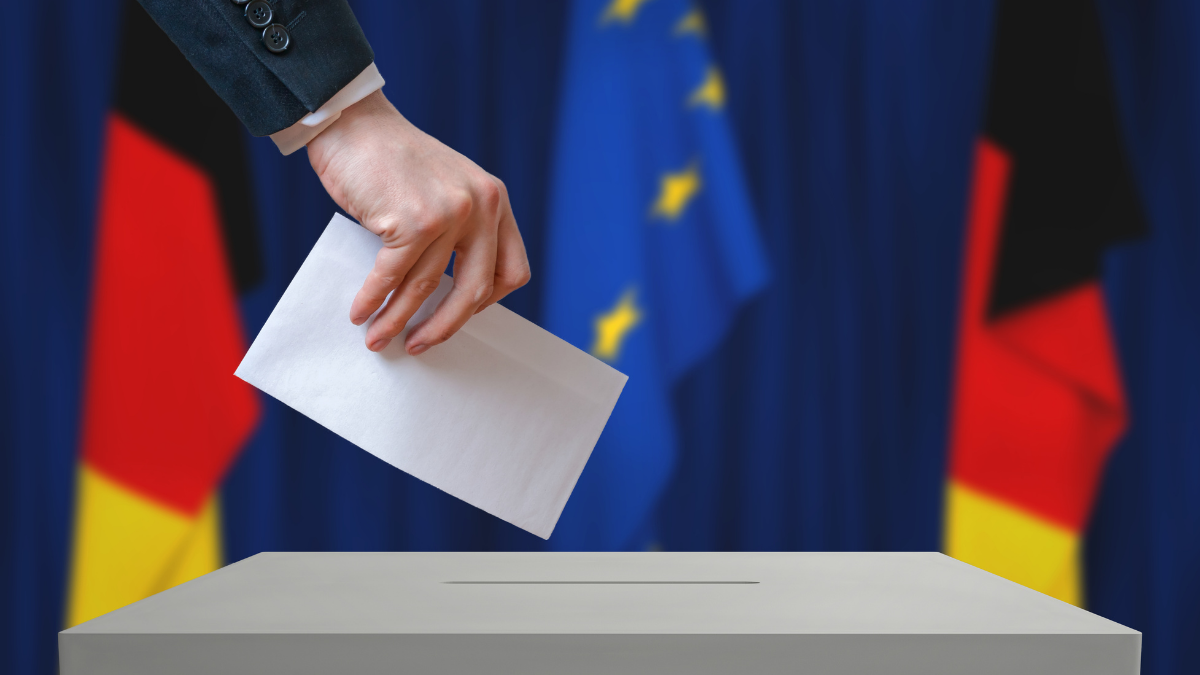 On September 26th, Germany will elect a new parliament. With the era of Angela Merkel ending after 16 years, a new government and a chancellor will assume leadership. It is very likely, that a new coalition will be formed. This could change Germany’s political course significantly, and as a result, also impact its foreign relations. What kind of new coalitions are possible?  What are the implications for German-Israeli relations?

The polls (as of early August) suggest that the Christian Democrats (CDU/CSU) could win 26% of the votes, the Greens (Bündnis 90/ Die Grünen) 18%, the Social Democrats (SPD) 18%, the Liberals (FDP) 12%, the far-right AfD 11% and the Left (Die Linke) 7%, respectively. Other parties that would not pass the 5% threshold, account together for 8%. Votes will be divided proportionally after the election.

Most remarkable in this election is the potential unique success of the Green party, which mainly focuses on environmental and social issues. It is the first time that their leading candidate, Annalena Baerbock, is considered to have a real chance of winning the election. Their success is mainly rooted in the rising awareness of the need for a more climate-neutral future, and the desire for change after a long period of political continuity.

Olaf Scholz representing the Social Democrats (SPD) and Armin Laschet of the Christian Democrats (CDU), are also in the race for the chancellorship. Both represent the two most popular parties in Germany and have many years of government experience. While the Social Democrats continue to struggle to gain new electoral support, Christian Democrats leader Armin Laschet is still most likely to win the majority votes and become Germany’s next chancellor.

The participation of the Green party in a coalition could potentially lead the next German government to a more critical stance towards Israel. While the German party expressed support of  Israel’s security, it strongly opposes settlements and has a more condemnatory stance with regard to military cooperation. Despite these differences, any future coalition will remain committed to close German-Israeli partnerships, and no significant changes are expected in the government’s attitude towards the Jewish state.

ELNET-Germany analyzed the election programs of the main parties with regards to Israel:

The CDU/CSU wants to further expand the “close and friendly” cooperation with Israel, “especially in youth exchange, high technology and the promotion of startups.” The Greens see the continuation of close relations as a “central interest.” The Free Democrats want to send “innovation ambassadors” to cities in the IT and high-tech industries, like Tel Aviv.

Solution for the Israeli-Palestinian conflict

The CDU/CSU is in favor of a two-state solution and supports initiatives “that promote peaceful coexistence between Israelis and Palestinians”. The Greens see “unilateral measures such as an annexation of occupied territories or the ongoing construction of settlements in violation of international law” as an obstacle to peace. The SPD calls to end all terror and condemns “settlement construction in violation of international law.”

The nuclear agreement with Iran

The SPD calls for a resumption of talks with the U.S. administration on “the full implementation of the international nuclear agreement (JCPOA) with Iran.” The CDU says it is in favor of Iran’s strict compliance with its obligations under the 2015 Vienna nuclear agreement (JCPOA), and that Iran should end its ballistic missile program and “its aggressive role in the region.” The Left Party wants Germany to work  towards the restart of “negotiations on the nuclear agreement with Iran” and for “all parties to commit themselves to compliance.”

For the Greens, “the existence and security of Israel” as a home for the Jewish people is “non-negotiable.” The CDU/CSU and SPD declare Israel’s existence and security to be part of Germany’s raison d’etre and also oppose those who “reject Israel’s right to exist.” Both parties recently agreed on a ban of the flag of radical Islamist terrorist organization Hamas, which seeks the destruction of the Jewish state. The FDP calls for the International Holocaust Remembrance Alliance’s (IHRA) definition of antisemitism as a point of reference for acting against “antisemitic and anti-Israel business practices, such as those that occur in air travel. The Liberal Party also clearly opposes the BDS movement.

The Christian Democrats are particularly opposed to antisemitism, which they say must be fought, regardless of whether it comes from the far-right, the far-left, or from milieus with a migrant background. The Greens see it as a “joint responsibility” to counter antisemitism “with all determination.” The Liberal Party calls for “decisive action” against “every form of antisemitism.” The Social Democrats support the establishment of a prosecutorial office specializing in antisemitism and racism. The Left Party calls for the replacement of the Office for the Protection of the Constitution with an “independent” observatory for antisemitism and other forms of discrimination.

The Greens and the Liberal Party explicitly advocate with the Jewish community in Germany in their election programs. For the FDP, Jewish life in Germany is an integral part of the country’s civil society. The Greens want to “consistently promote Jewish life and make it visible.” The Left Party sees a special responsibility because of the crimes committed by the Germans against Jews. They want to encourage a  “critical analysis of German history”. The Social Democrats also promise to better support the scientific processing of eyewitness accounts and source material on the Nazi era.