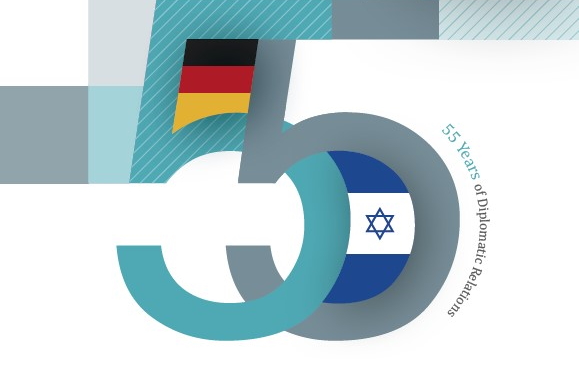 A survey among German parliamentarians carried out by ELNET-Germany demonstrates overwhelming support for larger German engagement in the Middle East and closer cooperation with Israel. 240 lawmakers took part in the study, including 59 members of the German Bundestag and 181 members of the sixteen state parliaments.

Three-quarters of German lawmakers advocate a stronger and more active political engagement of Germany in the Middle East and greater engagement in the context of the Abraham Accords, i.e. supporting the ongoing normalization of relations between Israel and the Arab states (77%).

Carsten Ovens, ELNET’s Executive Director in Germany explains “Israel’s security is a German raison d’etre. This includes bilateral relations on the one hand, but foremost the support of Israel in a crisis and conflict-ridden region. Against this background, it is very gratifying that the German MPs not only welcome a normalization of relations between Israel and the Arab states, but also speak out in favor of an increased German engagement. The Federal Republic of Germany enjoys an excellent reputation both in Israel and in the Arab world. These results are a clear mandate for the German government.”

A strong majority is also in favor of closer cooperation with the Jewish state (75%). 81% of the politicians surveyed rate the bilateral relations between Germany and Israel as currently good or very good. However, more than half of the lawmakers (52%) see a stagnation of the relationship, while one in four (27%) even notices a deterioration over the past five years.

“Today, the bilateral relations between Germany and Israel are no longer based only on the historical responsibility of the Federal Republic, but also on shared values ​​and interests. However, it becomes clear that the friendship has deteriorated rather than improved in recent years. It is therefore gratifying that a clear majority of the MPs want to change this and speak out in favor of expanding and thus strengthening German-Israeli relations. Government and parliament should take up this appeal and develop concrete projects,” added Ovens.

The study shows that lawmakers who visited Israel have more positive views about the country and the German-Israel relations. Yet, nearly half (48%) of German parliamentarians have yet to visit Israel.

“Before the pandemic, ELNET hosted annually 20 high-level delegations from across Europe, and we already look forward to resuming this critical activity in the upcoming months. There is no better way to advocate for closers bilateral ties than to provide an opportunity for European lawmakers to learn about Israel’s innovative economy and shared strategic challenges first-hand,” said ELNET’s CEO in Israel, Shai Bazak.

A closer look at the preferred fields of cooperation also shows that overall, future-oriented topics are at the fore. Survey demonstrates a particularly high approval for increased cooperation in the areas of business and innovation (69%), science and education (63%), culture (51%), and security (48%).