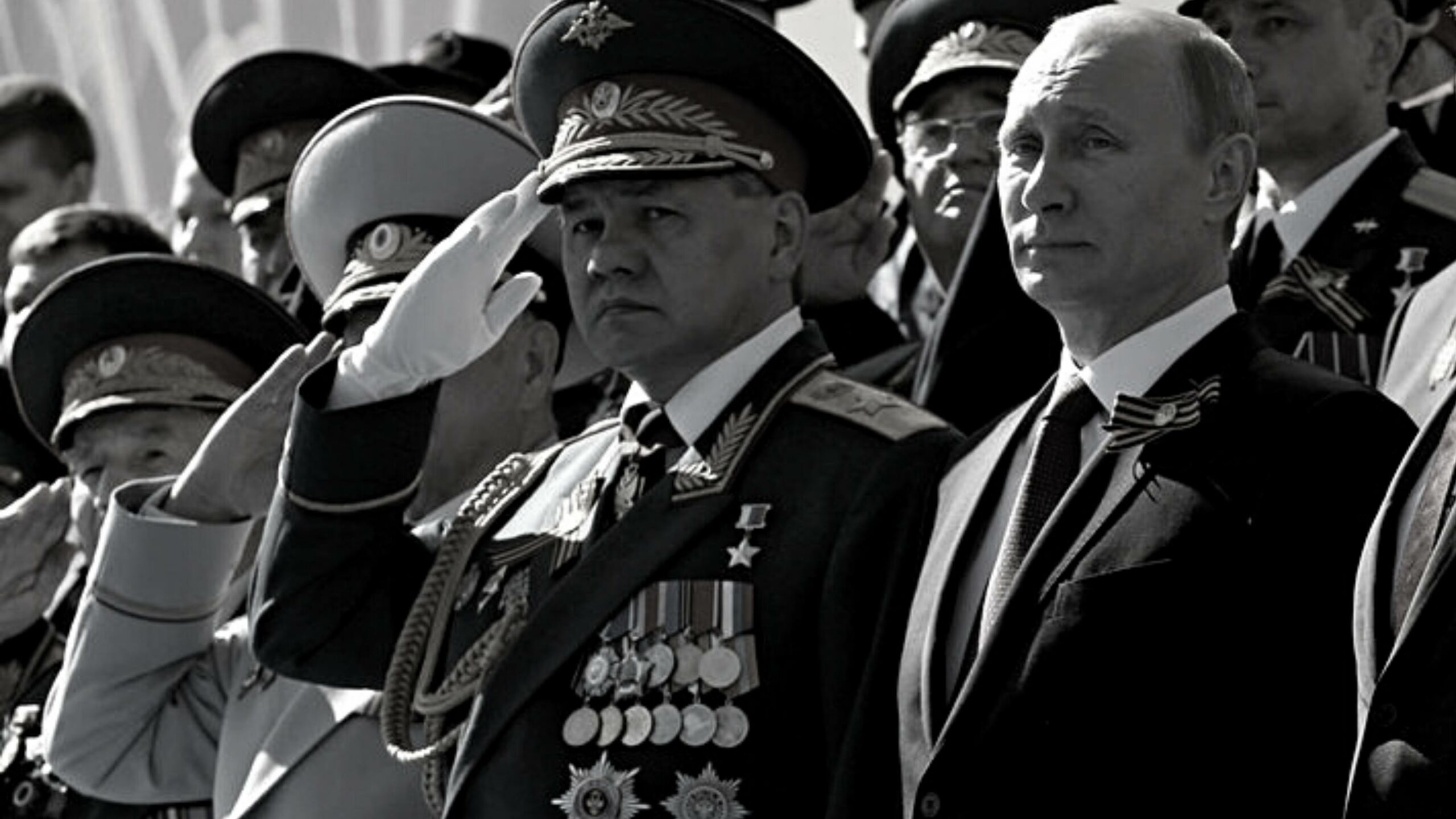 Rihards Kols, a delegate on ELNET’s Young European Politicians Delegation, is a member of the Parliament of Latvia, and Chair of its Foreign Affairs Committee. He also serves as the Representative of the Saeima to the OECD, Deputy Chairman of the “National Alliance” political party, and is a Millennium Fellow at the Atlantic Council.

Since regaining our independence from the Soviet Union in 1990, Latvia, Lithuania, and Estonia have been under constant Russian pressure. This pressure has manifested itself through conventional military threats, punctuated by ongoing airspace violations by Russian military aircraft and the Russian Navy, unannounced large-scale military exercises of inherently offensive nature along Russia’s borders, and the general disposition of Russia’s military forces in regions closest to the Baltic borders, doing so under the pretence of counteracting the “hostile West” and promoting militarism.

In recent years, hybrid threats have been one of the dominant security-related topics in the EU and NATO. While it might appear to be a relatively new development, mixed methods of war have long been used to destabilise adversaries. But in recent years, the scale and intensity of hybrid attacks have been unprecedented, mainly due to rapid technological changes and global interconnectivity. Moreover, hybrid threats can include military means and threats used together with a wide range of non-military activities that are implemented simultaneously, supplementing each other and hiding the perpetrator’s identity or making it hard to prove their involvement.

One of Russia’s most exploited tactics of non-military activity is spreading information. There is, of course, nothing new about using the information as a vital instrument of war. But in the past, information tended to be an accompanying feature of kinetic activity. Now, the informational element appears to be as important as, if not more important than, the physical dimension. But is this approach new? Deception, after all, is as old as war. And Putin’s particular choice of mask recalls the Soviet strategy of Maskirovka (masking), which was developed in the 1920s and defined by the Soviet Military Encyclopaedia as “complex measures to mislead the enemy regarding the presence and disposition of forces, military objectives, combat readiness and plans.”

This is not “soft power” in the classic sense of projecting a positive national image through culture and public relations, but rather a case of using a strategic narrative to keep your opponent intimidated, confused, and dismayed; an  exploitation of ubiquitous information to appear bigger, scarier, and more indispensable than reality would suggest. What matters in the information age is not so much “military escalation dominance”—the Cold War doctrine emphasises the ability to introduce more arms than the enemy into a conflict. Instead, it’s about “narrative escalation dominance”—presenting more startling storylines than your opponent.

It is widely regarded that Russia’s information policy is coordinated at the highest level, and the Kremlin uses it as an influence both towards its population and against foreign countries. Russian information operations are often implemented through targeted dissemination of propaganda and disinformation. The purposes include strengthening mistrust in state institutions and military forces, undermining relations with other states, and discrediting NATO forces deployed in the region. In addition, historical memory is often placed at the centre of propaganda and disinformation campaigns, distorting the country’s historical memory and weakening national identity.

Most often, Russia extends its influence through various public information channels. Thus, the Russian Embassy in Latvia paid for articles in the local Russian-language media published without indicating that the content was sponsored or by whom. Cyber-attacks are also increasingly used to place fake news articles in the local press. Additionally, Russia’s information operations have targeted Russian-speaking audiences in Latvia and Estonia via social media, state-owned television platforms and newspapers, and other agents of influence. After Estonia came under a wave of cyber-attacks in 2017 that lasted three weeks, the region quickly learned that cyber-attacks pose a major modern warfare challenge. It is clear that Russia prefers hybrid, or threshold, warfare: aka the fusion of disinformation with political, economic, and military actions designed to immobilise or weaken adversaries without triggering an adequate response.

The Baltic states are no stranger to Russian propaganda and disinformation, and the disinformation currently flowing out of Russia and within Russia has an eerily familiar ring. The Kremlin is using similar tactics to those of the Cold War: cutting off international media, feeding Russian citizens and, now also, Russian speaking populations abroad false information, conducting a mass Russian propaganda campaign — and it must be countered.

We are fighting the first great information war. It has been ongoing in the Baltics for the better part of the last 15 years, and the previous eight years at least seem to have been noticed by the West, too. There is a need for a new doctrine of “information defence” where governments and international bodies support exchanges between journalists, think-tank scholars, and academics in areas that could soon suffer a propaganda attack.

Another non-kinetic threat posed by Russia is its ability to influence critical infrastructure, including energy. The Baltic states have been rapidly reconsidering the risks associated with their energy security, which became especially pressing after the 2014 Ukraine crisis in Crimea. The three Baltic states used to be entirely dependent on Russia for gas imports, mainly due to the remaining Soviet infrastructure. As a result, Baltic-Russian relations used to be characterised by energy dependence, making the three states vulnerable to price manipulation and cut-offs. However, the countries have more or less been able to overcome this challenge. In 2014, Lithuania built a liquified natural gas terminal (LNG). The countries have also improved their gas and electricity connections to Europe under the Baltic energy market interconnection plan (BEMIP) initiative by the EU. As a result, energy security threat perceptions in the Baltic states shifted away from energy dependency on Russia. However, Russian energy companies continue to seek to maintain dominance over the Baltic energy markets.

Although relatively small, the Baltic states have already had some first-hand experience tackling unprecedented hybrid threats that had not been tackled by democratic countries before. For example, the case of illegal migrants sent in from Belarus in 2021 and the case of the forced landing of a jetliner en route to Vilnius. Thus the Baltic states can serve as providers of know-how on how to deal with hybrid threats within Europe and worldwide, and it has already benefited numerous democratic countries across the globe.

Israel is another democratic country that can provide much know-how to Europe and the world in dealing with hybrid threats. Even with the Baltic state experience, my recent visit to Israel with the European Leadership Network provided me with new insights into the cybersecurity and defence architecture of Israel, in particular the visit to the Iron Dome, and was significantly inspiring for rethinking our defensive capabilities and the various means possible for successfully addressing hybrid attacks.

Hybrid threats are often aimed at a country’s most vulnerable points. Thus, supporting a well-educated and informed society across all ethnic groups using the means acceptable to them is fundamental in countering hybrid threats. In addition, the war in Ukraine should prompt all democratic states both in the West and elsewhere to profoundly rethink their purpose and functioning.

In terms of the EU, if indeed the notion of it being only a soft power is buried for good, we should consider whether a possible joint EU military capacity can guarantee the security interest of its member states and guarantee an enduring peace in its neighbourhood. Nonetheless, the ability to successfully address hybrid threats will have to be carried out like a marathon, not a sprint. However, this should not be mistaken for the lack of resolve and determination to act, as it takes time (and, lest we forget, Russia spent months building up its forces on the borders of Ukraine). As for the Baltic states, while they have significantly increased defence spending and adopted new total defence strategies that emphasise whole-of-society resistance against any Russian military incursion, additional factors suggest that Russia has switched its attention toward more novel hybrid threat tactics aimed at the Baltic states.

It is no exaggeration to say that the history of Europe is at an inflexion point — but, as in past crises, there are opportunities for the EU to renew itself and refocus. The dividends of European integration are there for all to see — an area of peace, freedom and democracy like no other on earth. But as the Russian war of aggression makes crystal clear, this state of affairs is not a given; it must be protected, and it is time for the EU to ensure that.

Europe and the whole of NATO must immediately start moving towards a much higher level of preparedness against Russian hybrid warfare without entertaining the usual concerns about provoking Russia. For those who worry that standing up to Russia could just provoke Putin and drag the world into war, we only have to look at the history of the 20th century – nothing is more provocative to a dictator than the weakness of free nations.

This article was published in JNS.