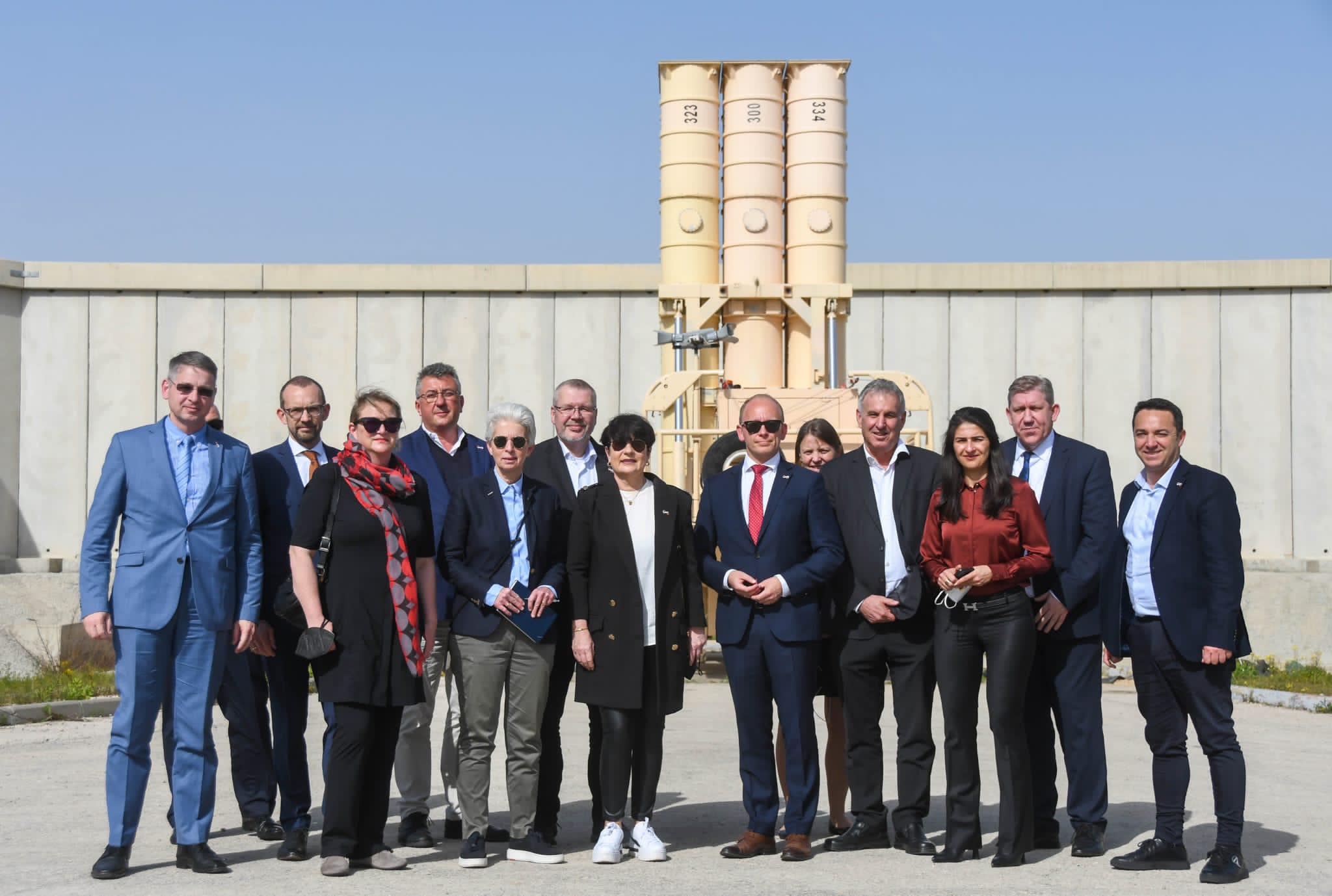 The purpose of the delegation was to focus on the defense and security aspects of the German-Israeli relations, in particular how both countries can learn from, and cooperate, with each other. Though planned well before the Russian invasion of Ukraine, the delegation’s arrival to Israel could not have been timelier, and much of the discussions and briefings held during the visit were related to Germany’s ambitions to enhance its defense capabilities, including interest in the Israeli defense industry.

The delegation was the first of its kind to visit an Israeli Navy Dolphin-class Submarine and a Sa’ar 6 Corvette, both of which are German-made. The delegation also toured Israel’s northern border with Lebanon and entered a Hezbollah terrorist tunnel.

Significantly, the MPs visited Israel Aerospace Industries (IAI) where they were briefed on the Arrow 3 Missile Defense System and on the Heron-TP drone. In addition, they met with the joint Israel-German ‘Red Baron’ Airforce Squadron. In light of the changing security situation in Europe due to the Russian invasion of Ukraine, this aspect of the visit was of particular public interest.

As a result there was a tremendous amount of media coverage of the delegation, culminating in a press briefing given to the press by the head of the delegation, Dr. Marie-Agnes Strack-Zimmermann. In total, the delegation’s visit was featured in nearly 30 different news items, in 5 different languages, including being featured on prime time TV on one of Germany’s leading news channels.

Within days of the delegation returning back home, Germany received the necessary approvals from the U.S. and Israel to buy Israeli Arrow 3 Missile Defense System. In addition, the Bundestag Defense Committee approved a budget of more than 150 million euros for investing in defense ammunition for the Israeli Heron-TP drones in use by the German army.

ELNET’s bringing members of the Bundestag Defense Committee to Israel during a time of great geopolitical turbulence in Europe speaks volumes to the strength and significance of German and Israels relations. Furthermore, it underscores that not only is Israel’s security German reason of state, but that Israel too can make a significant contribution to the security of Germany and Europe. For more on this, read our latest policy briefing on such current developments.