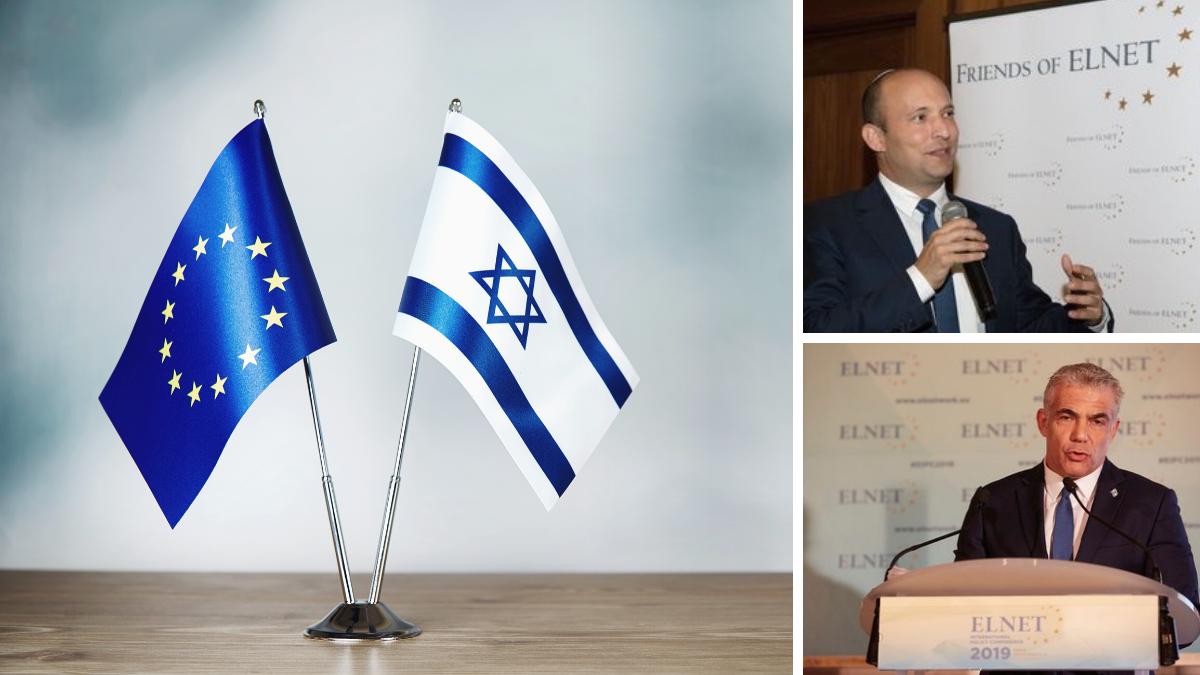 As Israel enters a new political chapter, we look forward to joint efforts with leaders across the political spectrum in Europe and Israel to develop closer relations and deepen the dialogue for the benefit of both sides.

The Importance of Europe-Israel ties

In his first official speech, Israel’s new Foreign Minister and alternate Prime Minister Yair Lapid vowed to reinvigorate efforts to improve Israel’s ties with European leaders. “I spoke last night with EU Foreign Minister Josep Borrell. I was writing to French President Emmanuel Macron – we all think there needs to be a change, an improvement, to deepen the dialogue between Israel and Europe,” he said.

At ELNET’s last annual gala, then-Opposition leader Lapid stressed the importance of the Europe-Israel ties, noting “Despite some disagreements, Israel and Europe remain strategic partners. We share a common set of values & common interests. ELNET is a tremendous asset to this relationship.”

European Union High Representative for Foreign Policy Josep Borell was among the first leaders to welcome the incoming Israeli government in a phone conversation with the new Foreign Minister Lapid, whom he invited for a visit in Brussels.

Germany’s Foreign Minister wrote he is excited to work with the new government.

Meanwhile, German President Frank-Walter Steinmeier announced he will travel to Israel later this month to hold talks with its new government.

Steinmeier, who served two terms as Chancellor Angela Merkel’s foreign minister, aims to “honor and strengthen the friendship and special partnership between Germany and Israel.”

British foreign secretary Dominic Raab said: “I look forward to continued cooperation on security, trade and climate change, and working together to secure peace in the region.”

Austrian Chancellor pledged to “continue to stand by Israel’s side”.