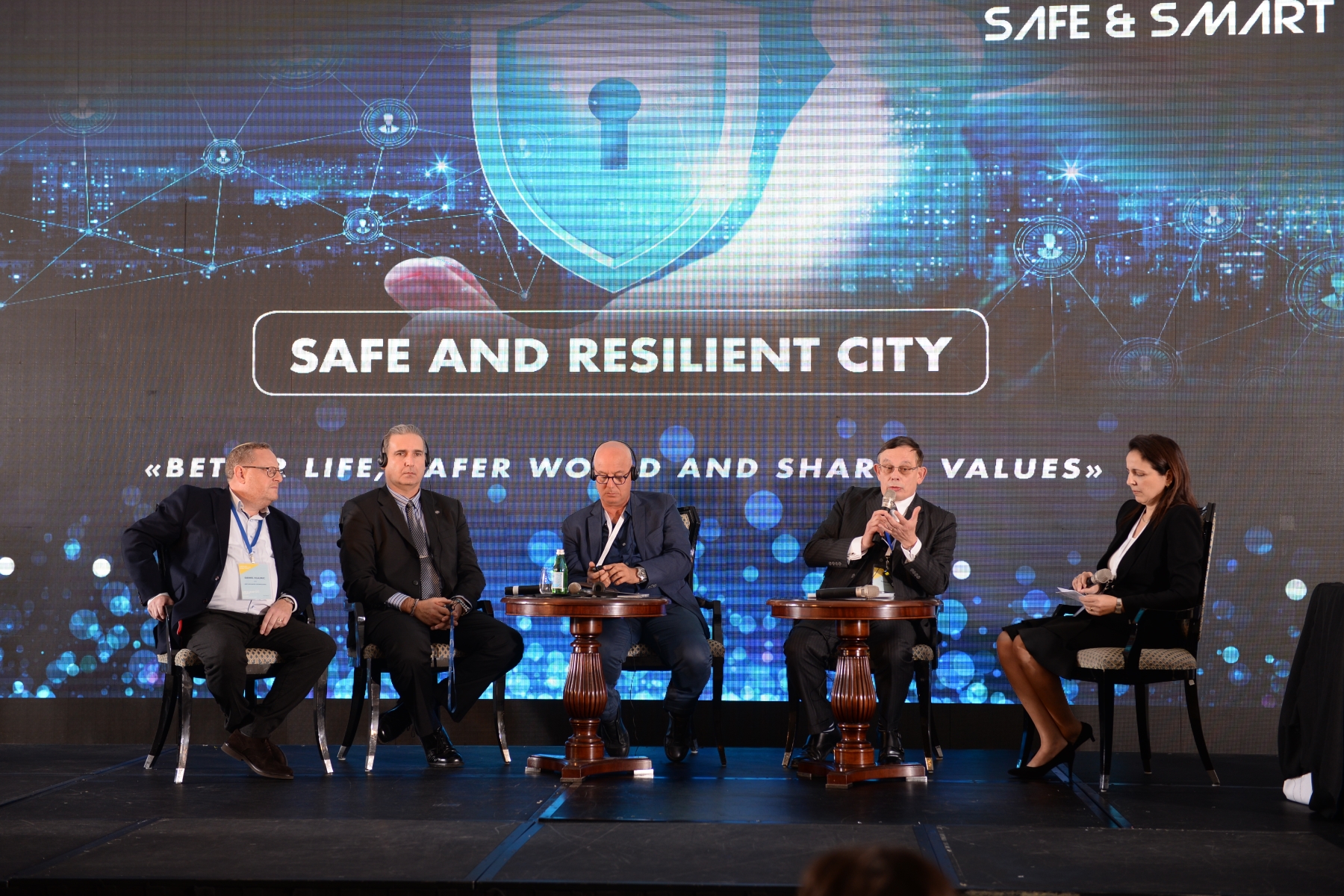 The third edition of the Safe & Smart City Conference, a premier Europe-Israel event gathering entrepreneurs, innovators, global companies, start-ups and policymakers for a vibrant debate about the future of modern cities, inspiration and business opportunities, took place in Jerusalem on November 18-20. The event was part of the France-Israel Cross-Cultural Season, and Israel’s 70th anniversary celebrations.

The conference addressed issues related to quality of life, the improvement of public services, the safety of sensitive infrastructures, and the vulnerability of intelligent systems under the overarching theme “Better life, safer world and shared values.”

The event brought together representatives of Israeli and European cities, including Nir Barkat, Mayor of Jerusalem, Rudy Salles, Deputy Mayor of Nice, as well as officials from the cities of Tel Aviv, Eilat, Toulouse, Netanya, Ashdod The conference, which took place days after the second round of the local elections in Israel, provided an opportunity for the newly elected mayors and city representatives to discuss with top experts how innovative technologies can help address key challenges faced by their residents, including safety, mobility and quality of life.

In his speech, Mayor Nir Barkat discussed Jerusalem as a safe and smart city, where “technology meets with our philosophy to combat terror.” He underscored that Jerusalem is one of the safest cities in the world where terror will never take control of the lives of the residents. Deputy Minister Michael Oren spoke about the leading innovative Israeli spirit that is helping to find solutions to water challenges faced by cities. He suggested that European leaders and businessmen should learn from Israel about water innovation. Mr. Filip Negreanu gave a keynote address on the EU’s wide approach to energy production, transmission, and distribution. French MP Laurence Maillart-Mehaignerie called for the inclusion of citizens when designing future cities, stating that “We have to propose new models for smart mobility and adopt an inclusive policy for inhabitants to be actors for the future infrastructures and mobility.”

An exceptional opportunity was given to companies in the field of water innovation. FAMAE, a French Venture Capital that invests in innovation in the field of environment, joined the conference and announce the official launch of the annual FAMAE Water Challenge – a € 2,000,000 prize competition for best innovative product or service related to water security, accessibility and cleanliness.

The conference was organized by ELNET in cooperation with the City of Nice, the Metropolis Nice Côte d’Azur, the region of Provence-Alpes-Côte d’Azur, and the municipalities of Jerusalem and Tel Aviv, as part of the France-Israel Cross-Cultural Season as well as Israel’s 70th anniversary celebrations.