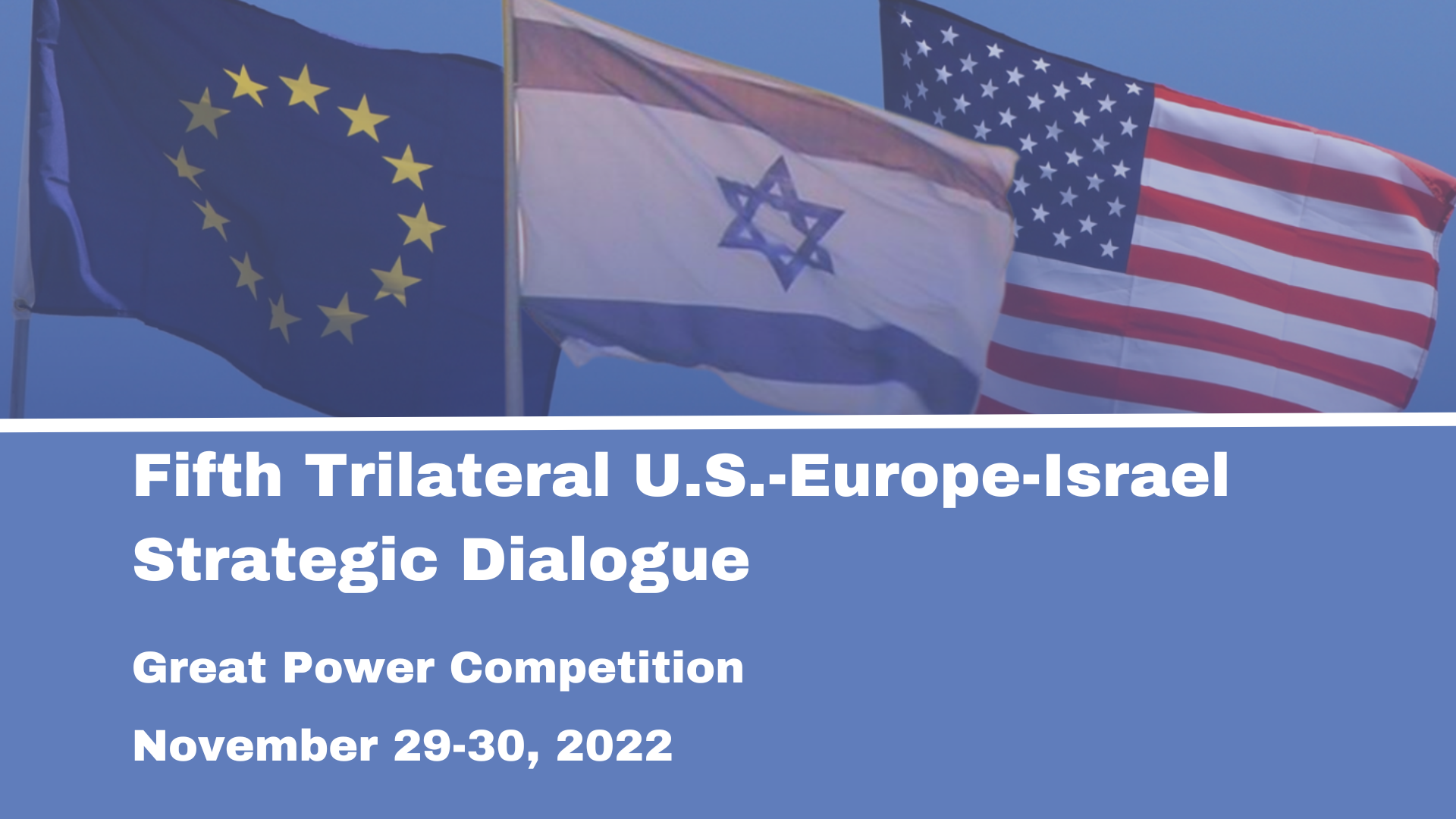 The European Leadership Network (ELNET), ELNET’s Forum of Strategic Dialogue (FSD), and the Hudson Institute gathered senior policymakers and experts from the U.S., Europe and Israel. The dialogue addressed: the war in Ukraine and threats to Europe; how to approach China; how to prevent an Iranian nuclear breakout and how to counter Iranian aggression; building on the Abraham Accords; and antisemitism in Europe and the U.S. The discussions were conducted strictly under the Chatham House Rule.

With the support of the Abraham Accords Peace Institute (AAPI), we organized a special reception on “Abraham Accords – the way forward,” which attracted over 40 participants, including from various European and Arab embassies in D.C. After the dialogue, we organized a meeting with Bill Cassidy, U.S. Senator for Louisiana, and Jacky Rosen, U.S. Senator for Nevada on “Strategic convergences in the U.S.-Europe-Israel triangle and cooperation” at the U.S. Senate and a dinner on “American politics” with top political analysts with Steve Rabinowitz, President & Co-Founder, Bluelight Strategies and Jon Lerner, Senior Fellow, Hudson Institute and Advisor to Nikki Haley. The following day we set up a lunch meeting with Amb. Dennis Ross, Counselor and William Davidson Distinguished Fellow, The Washington Institute for Near East Policy.

Below is a summary of the topics addressed:

How to Approach China

Antisemitism in European and American publics and politics

✓ A key challenge for NATO allies is to maintain a united front as the Ukraine conflict drags on with uncertain prospects, and Israel must beware of being cast as out of step with its Western allies.
✓ Whilst China will remain a major trade partner, Western states must work together to reduce their collective dependency on China for technology, infrastructure and key resources and investments, and step up in the technological race.
✓ As Iran approaches breakout capacity, and chances of a renewed JCPOA appear ever more remote, a coordinated plan B is urgently required, including economic pressure and credible military options.
✓ There is an urgent need for more education and dissemination of expertise regarding antisemitism, including among parliamentarians across the political spectrum, and improved data collection. Politicians and their supporters must speak out against antisemitism within their own political camps. In the U.S., Republicans must be bolder in challenging Trump over his association with antisemites, while Democrats must stand up to antisemites on the far left. Israel must consider the consequences for diaspora Jews of its relations with antisemitic leaders around the world.
✓ The economic progress following the Abraham Accords should be strengthened and accompanied by a wider strategic alliance and more people-to-people links. Meanwhile, the incoming Israeli government must take care not to endanger Israel’s regional alliances.

Strategic Dialogues offer the opportunity for parliamentarians, opinion formers and academics to engage and share knowledge on some of the most important challenges facing Europe and Israel and indeed globally. Discussions are of great value, candid and held under Chatham House rules.