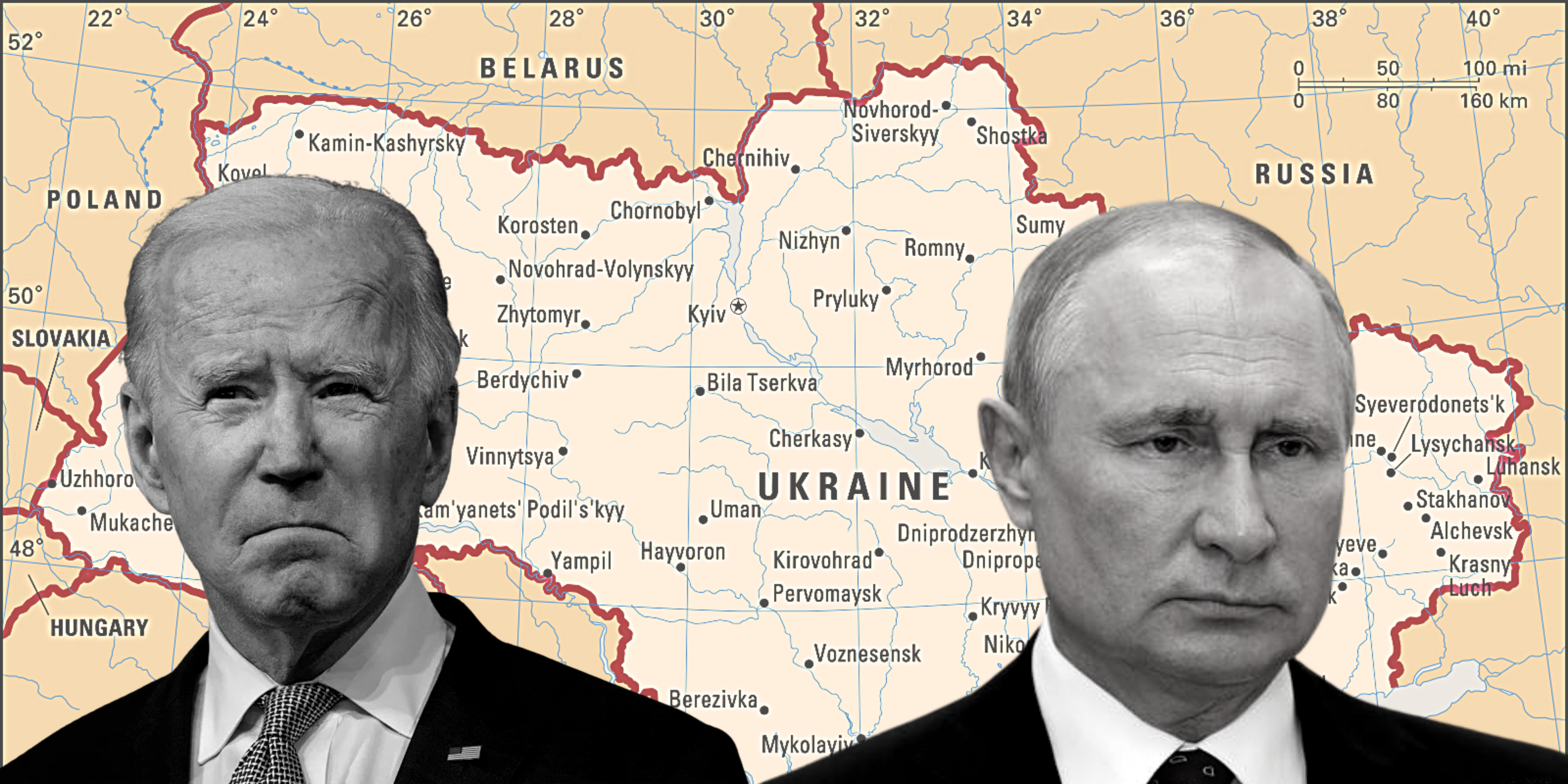 * Maj. Gen. (res.) Amos Yadlin is the former Head of the Israeli Defense Intelligence, former Director of the Institute for National Security Studies (INSS), and senior security and foreign policy expert. Maj. Gen. (res.) Yadlin is a senior advisor to ELNET and chair of ELNET’s Forum of Strategic Dialogue.

The tensions between Russia and the United States of America have reached a pinnacle point. According to detailed intelligence released by the U.S., Russia has been rapidly finalizing its unprecedented military preparations, threatening Ukraine on multiple sides. Beyond the mass amount of forces that have been mobilized to Ukraine’s borders (over 150,000 troops), along with a wide range of sophisticated military capabilities (advanced fighter jets in Belarus, combat ships in the Black sea, artillery and rockets, special forces, electronic warfare, and cyber capabilities), the Russians are also putting in place additional forces which signal the finalizing acts of preparation, such as logistical forces, engineering forces, aerial support, and even field medicine forces as well as blood stores.

Accordingly, the U.S. and the West anticipate that an immediate invasion by Russia into Ukraine is possible, and even likely. As a result, there has been a flurry of diplomatic activity over the last few days, and European leaders – including Macron, Scholz, and Johnson – have been shuttling between Moscow, Kiev, and Washington in last-ditch efforts to avoid an all-out war.

If all the diplomatic efforts fail and President Putin does indeed invade Ukraine, it is unclear which tactics he may employ. The forces poised along Ukraine’s border grant him much flexibility for a range of options. Biden warned that an invasion could see tens of thousands of casualties in what would be no less than a political and humanitarian crisis.

Only one person knows what will happen, and that person is Vladimir Putin. Yet he is holding his cards close to his chest. His ambitions in this imminent invasion crisis which he single-handedly created are inseverable from his aim to prove that Russia is a superpower which cannot be ignored.

President Putin’s demands include that Ukraine never become a NATO member, nor that the alliance expand any further east towards Russia’s sphere of influence, and that there will be limitations set on strategic arms supplied by the U.S. to Europe. In other words, these demands come to turn back the clock on the current security balance in Europe to the pre-1989 Soviet era, a reality the West will never accept.

There is no doubt that President Putin chose the perfect timing – U.S. weakness in the international arena as displayed in the pullout from Afghanistan, rising energy prices which continue to skyrocket in light of the conflict, over half a trillion dollars in foreign reserves which will help Russia in the face of economic sanctions, a modernized military and much determination to mobilize it. All this indicates that Russian demands cannot go ignored. Even if President Putin scores only part of them, he will proclaim this as a tremendous strategic win. The question remains whether his demands will be met to a degree that is satisfactory enough to allow him to retreat from his stance while still being able to save face and declare victory, all without a single shot being fired.

As of February 16, the date that U.S. intelligence pinned as the potential date for an invasion of Ukraine, it still appears that President Putin has yet to decide whether or not to invade. According to the Russians, the military exercise has finished, and their forces are being relocated eastward. However, according to NATO, not only have the Russians not withdrawn any forces, they are in fact continuing to increase the military buildup on Ukraine’s border. It looks though President Putin has succeeded in attaining several diplomatic gains that allow him to declare victory over this conflict, even if unclear whether he has altogether abandoned plans to invade or not. In President Putin’s view, the gains which can be attributed to his maneuvers over the last month include:

Despite all this, it is too early to declare an end to the conflict, and it is possible that President Putin will not deescalate the tensions in the coming months in an attempt to garner further political gains.

This crisis cannot be examined without the broader anti-West geopolitical context. China’s backing of Russia has been unprecedented. In prior conflicts, China was critical of Russian strategy, and was not supportive of Russia’s activity in Georgia nor of its annexation of Crimea. This time however, it appears that the anti-West alliance is aligned in its challenging the world order steered by the West. Russia and China are declaring in unison that the post-Cold War is over as they seek to prove that their authoritarian style of ruling is legitimate and even preferable to the democratic model which has reigned for the last 30 years.

The shockwaves from a Russian attack are likely to reach the Middle East, creating a series of challenges as well as opportunities for Israel. On the strategic level, the crisis is likely to further detract the U.S.’s attention from the Middle East at a time when Washington has indicated its intention to shift its focus to the Far East in order to face the strategic competition arising from China. Nonetheless, the United States remains the dominant political, economic, and military power of influence in the Middle East.

In this context, any further blows to Washington’s position of influence in the Middle East, and certainly any downsizing of its presence and influence, are bad for Israel. Such a reality is likely to have a direct negative impact on the region’s stability as well as capability to stop Iran and its influence throughout the region, indirectly impacting Israel’s stability and military deterrence.

The greatest matter of strategic concern in the Middle East is undoubtedly Iran’s nuclear threat. The Ukraine crisis may in fact embolden Iran as it tries to draw out negotiations in Vienna in an attempt to extract as many concessions as possible from Washington. Under such circumstances, Moscow might increasingly back Iran’s position given that their relationship serves as a counterbalance to U.S. influence in the region. On the other hand, the Biden administration, which has already bent to numerous Iranian demands during the negotiations in Vienna, may grant further concessions in an attempt to put Iran back in the box at any price so as to direct its attention to the super-power standoff in Europe and Indo-Pacific. Another area which could potentially have detrimental consequences for Israel is Syria, were Russia to decide to “send messages” to Washington at the expense of Israel’s national security.

On the flip side, it’s possible that Israel may be able to reap several benefits from the looming crisis. Israel’s closest ally is the U.S., while at the same time the last few years have seen a growing closeness between Moscow and Jerusalem in light of Russia’s presence in the region. Israel could potentially serve as an intermediary between the two superpowers’ opposing interests. An additional opportunity arising from the crisis is on the regional level – if indeed the U.S. military influence continues to wane while Iranian aggression continues to increase, leaders in the region will have to seek new alliances, slowly leading to a reshaping of the region. The refocusing of superpowers’ attention to Europe may likely bolster this developing trend, and Israel has much to offer in such circumstances – on the technological, economic, and security fronts, and especially in the fields of aerial defense and cyber. In that context, and given the Iranian threat, new opportunities have presented themselves to further broaden relations with dominant players within the region, such as Saudi Arabia, the UAE, Bahrain, and Turkey, as well as further deepening ties with Egypt and Jordan.

As for Europe, the looming Ukraine crisis is the greatest threat the continent has seen in decades. Russia demands that Ukraine never join NATO nor will there be any further NATO expansion eastwards, something that would be hard for the Europeans to accept. Europe has significant trade ties with Russia, and economic sanctions would have repercussions for Europeans. Europe has become increasingly dependent on Russian gas, something that Russia is not shy of exploiting. While the crisis reveals the growing capabilities of the U.S. with LNG exports, it nonetheless heightens the need for Europe to find additional alternative energy sources. This can open the door to new opportunities arising from the Middle East and North Africa region. There could be the possibility to open new energy pipelines, and Israel can play a role as an important player in this field in the region.