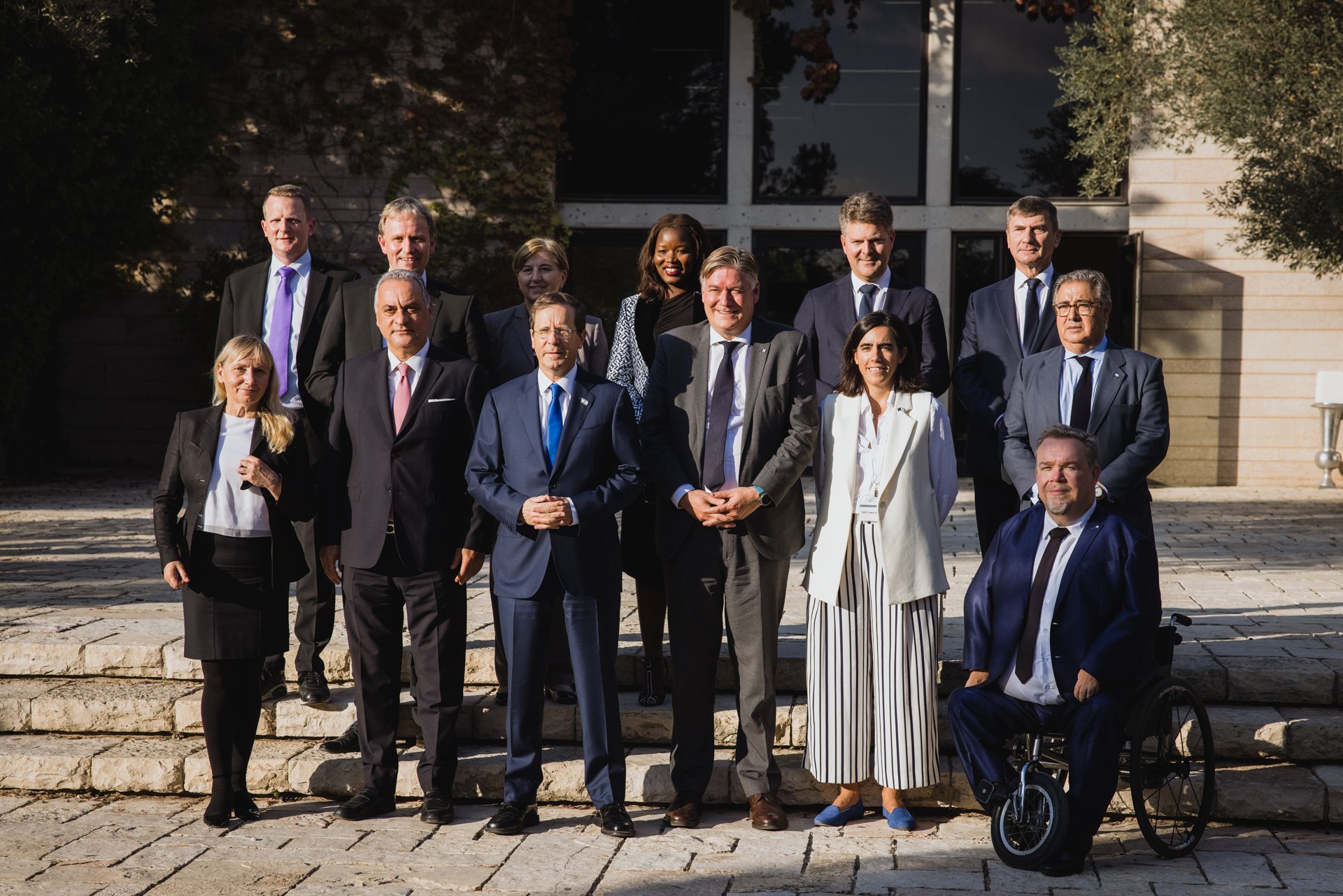 ELNET continues to build bridges between Israel and Europe despite the difficulties related to COVID. Earlier this month, ELNET hosted the first delegation from the European Parliament to visit Israel in two years.

The delegation met with key Israeli leaders, including Israel’s President Isaac Herzog and senior Knesset members from the coalition and opposition, as well as officials and experts. The intensive five-day program provided the MEPs with an in-depth overview of the geopolitical and strategic challenges facing Israel, as well as the importance of EU-Israel relations, political obstacles, and the opportunities for mutual cooperation in business and innovation.

As one of the highlights of the trip, the European lawmakers were taken by helicopter to northern Israel, where they experienced firsthand the threats posed by Iran’s proxy Hezbollah, including a tour of the vast underground tunnel system uncovered by the IDF on the Lebanese border. The German delegation members in particular were surprised to learn that German machinery was used by Hezbollah for the tunnel project.

After inspecting the Hezbollah terror infrastructure, Belgian MEP Assita Kanko questioned European funding, stating to the press: “Why give the money of European taxpayers, who work so hard, to people who use it to hate others? And without any accountability.”

“It becomes so more visible when you are here. When you are experiencing the closeness to the border, that is actually the border to Iran and also the fact that the structure, the patience to dig through everything, to try to come and promote terror attacks that way. Also, it’s really upsetting to see where our money is going,” added Swedish MEP David Lega.

MEP Andrus Ansip, former Prime Minister of Estonia, noted in an interview to The Brussels Times: “Whatever the position of other member states, I think that it’s totally unacceptable to deny Israel’s right to exist. Our sympathy lies with Israel and we want to deepen EU – Israeli relations. In that regard, I was pleased about the Abraham Accords between Israel, Morocco, and the Gulf states which will promote economic cooperation between the countries.”

The visit was widely covered in the international press, including by Reuters, one of the largest news agencies in the world. Click here for Reuters coverage of the delegation’s tour of the Hezbollah tunnel:

The visit took place as the European Union announced the onset of negotiations on Israel’s participation in the EU’s new €96bn Horizon Europe program, which will enable Israeli scientists and innovators to benefit from the world’s largest research & innovation funding platform.

The visit by members of the European Parliament is another significant step in strengthening the vital relationship between Israel and Europe.