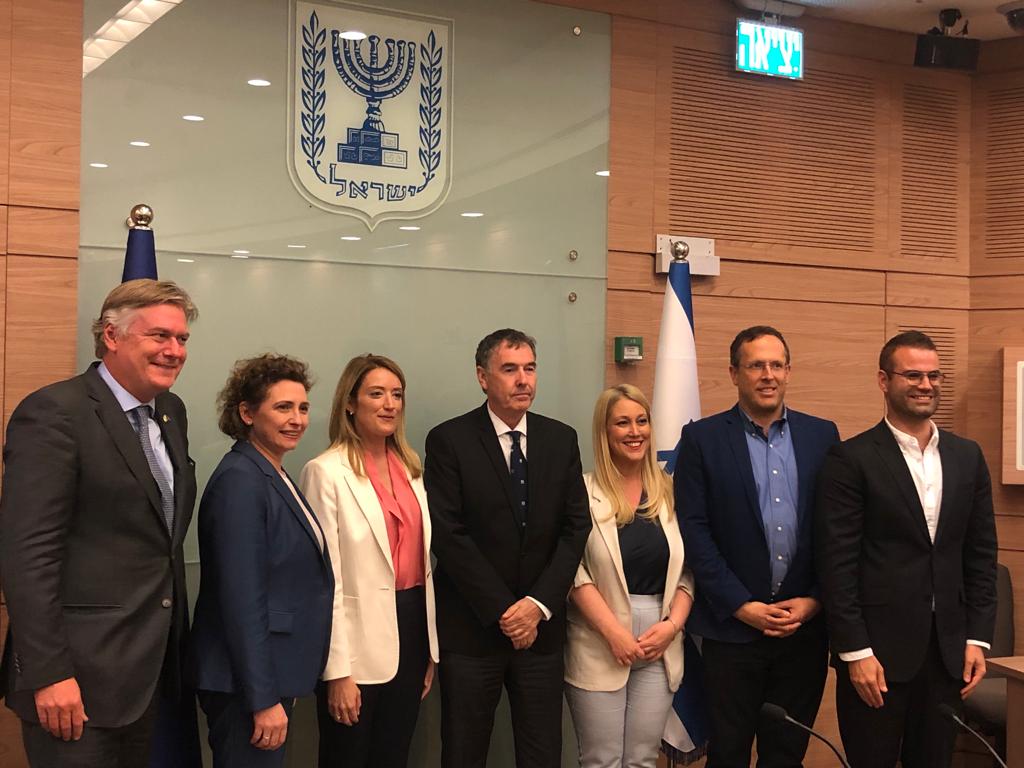 In an unambiguous display of the critical importance of European-Israeli relations, President Metsola chose Israel as the destination of her first official visit outside of the EU since being elected to the position in January 2022. This was also the first visit to Israel by an EU President since 2014.

Though this was President Metsola’s first visit to Israel, she vowed it would not be her last.

During the visit organized by ELNET, the two senior MEPs had a tour of Israel’s Trauma Center at Hadassah Ein Karem Hospital, and visited a Children’s Home run by Chabad for Ukrainian children who were forced to flee their war-torn community. The visit also included joining with President Mestola at Yad Vashem Holocaust Memorial Museum as well as at the Knesset for discussions with Members of Knesset.

Significantly, ELNET arranged important strategic briefings for the two MEPs with senior Israeli officials on the topics of Iran, incitement in Palestinian textbooks, and energy. As Europe seeks new energy sources to decrease reliance on Russia in light of the war in Ukraine, it comes as no surprise that energy is at the top of the agenda. The President of the Parliament herself tweeted that her discussions with Israeli Prime Minister Naftali Bennett focused on energy, calling the way forward ‘crucial’. ELNET continues to promote this matter, especially within the context of regional cooperation and the Abraham Accords.

While in Israel, President Mestola gave a speech at the Knesset which included several powerful statements:

I wanted to come early in my mandate to send a signal of our willingness to engage. To underline the Parliament’s commitment to furthering our ties and to underscore that the European Union and Israel share more than history.

I will not be ambiguous: To be anti-Semitic is to be anti-European.

Let me be clear: Europe will always back Israel’s right to exist.

Violence has never been a solution. Terrorism is never justified. There are no excuses for terror.

Today I want to focus on the future. On the strong partnership that exists between Europe and Israel and how we can develop this further. About strengthening the links between the European Parliament and the Knesset. I’m here to talk about improving ties in culture, in science, in trade, in education, in arts, in research and in technology. About peace. About facing the future together.

As both Europe and Israel increasingly give centrality to the cooperation between them, ELNET’s role continues to be paramount in fostering even stronger relations.