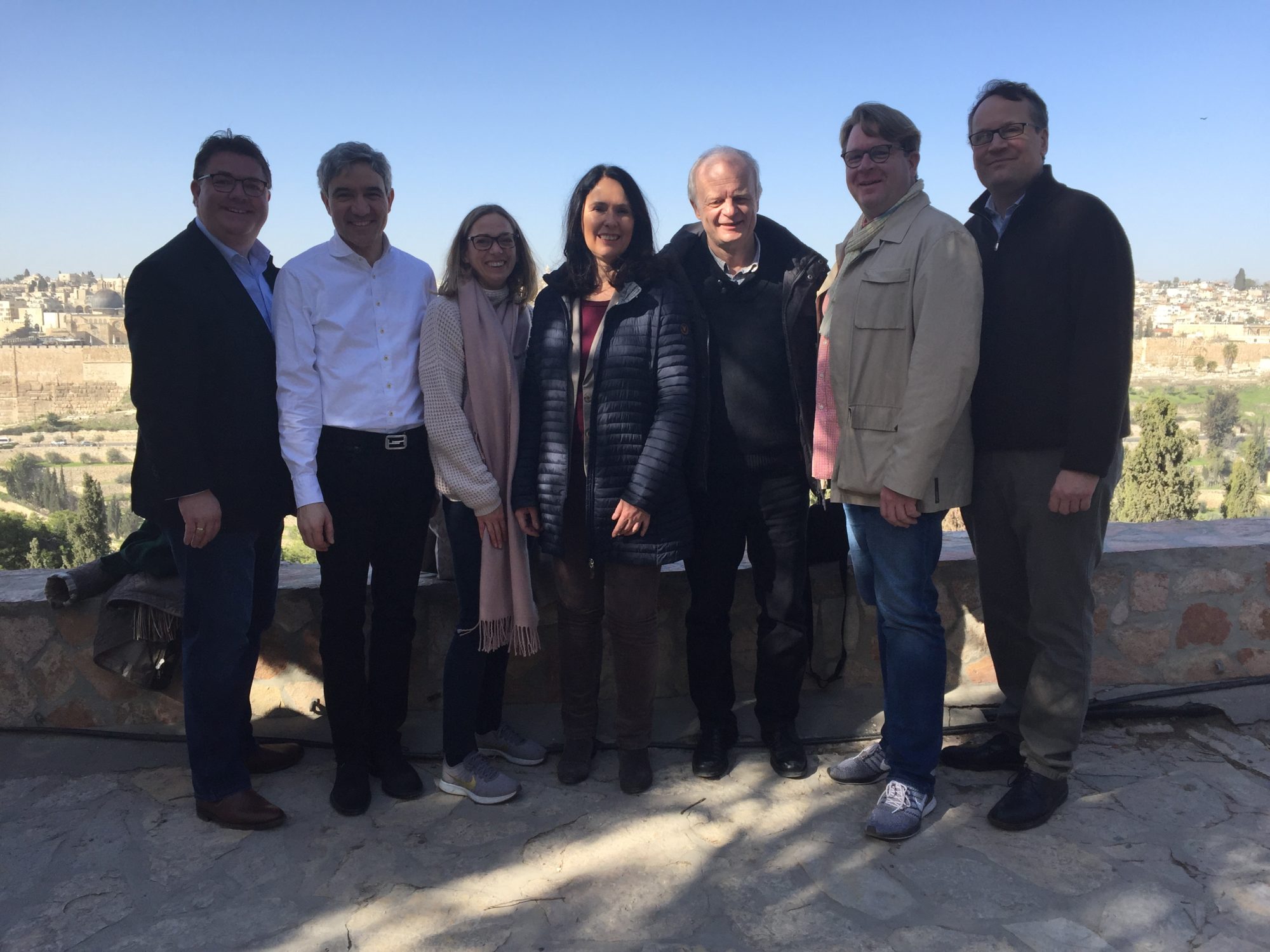 Over the span of just five days, the delegation became familiar with the unique legal system in Israel, the ongoing power struggle between the Israeli parliament, supreme court and government, and the spicy mixture of ongoing election campaigns.

The delegation arrived at a time of ongoing election campaigns for the Israeli parliament. In a private talk with Rachel Azaria, Member of Knesset for Kulanu, the group exchanged views on party politics and compared German to Israeli election peculiarities.

Domestic politics in Israel cannot be separated from the security situation in and around Israel. Thanks to briefings with members of the Israeli Defense Forces (IDF), German Deputy Chief of Mission Georg Enzweiler and longtime ELNET-friend Arye Shalicar, the delegation learned about the challenges Israel is facing today.

Besides politics, the delegation members had ample opportunity to learn about Israel’s innovative potential. The delegation met with Mobileye, one of Israel’s top tech companies and enjoyed the chance to visit the Weizmann Institute of Science.

Furthermore, the German delegation had the opportunity to visit the Peres Center for Peace in Tel Aviv and the Holy Land Trust in Bethlehem. Both organizations work towards a peaceful resolution of the conflict between Israelis and Palestinians.