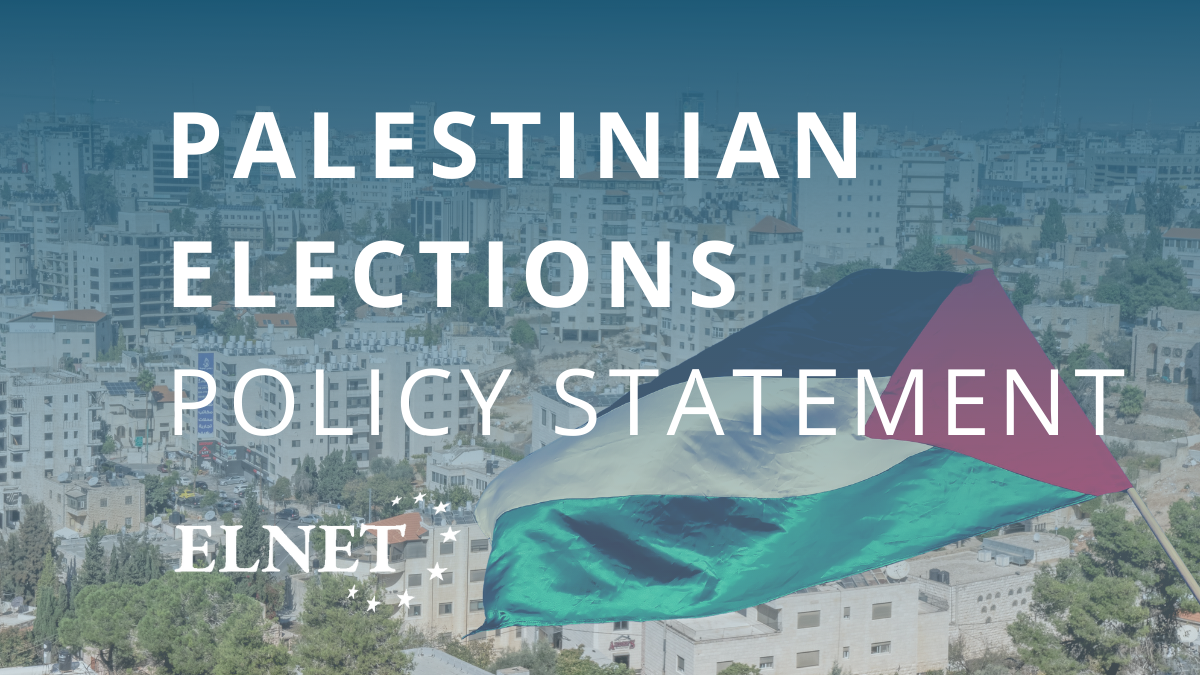 Ahead of elections to the Palestinian Legislative Council scheduled for 22 May, ELNET calls on the EU and European governments to clarify their position on incorporating Hamas into a future Palestinian power-sharing arrangement.

Holding democratic elections in the Palestinian Territories for the first time in 15 years is to be welcomed. The Palestinian people are entitled to make democratic choices about who leads them through free and fair elections.

However, these elections include the participation of Hamas, an armed Islamist movement committed to Israel’s destruction through violent means. Hamas’ list of candidates includes people convicted for heinous acts of terror.

The positions of European governments should be informed by historical precedents and EU values and laws:

The EU and European governments, in coordination with the United States and other international actors, should therefore convey a strong message to the PA at senior levels ahead of the elections. The Palestinian leadership should be clear that whilst the Palestinian people are entitled to conduct their own domestic political processes as they see fit, the EU and European governments will not be able to conduct normal business with, and continue the same support for, a Palestinian government in which Hamas shares power, so long as its officials do not unequivocally renounce violence and recognise Israel. To do so would contradict the EU’s proscription of Hamas as a terrorist organization and European commitments to a peaceful resolution of the conflict based on a two-state solution.

In this context, it should be emphasized that recognizing Israel means accepting its permanence as part of a conflict-ending solution and not – as Hamas holds – a temporary arrangement on the way to Israel’s elimination. Furthermore, all members of a PA government should be expected to unequivocally renounce violence in all its forms; not only the use of rockets and bombs but also so-called ‘popular resistance’, which includes lethal use of knives, vehicles, Molotov cocktails, rocks and more.

Democratic processes are at the core of European values and should be encouraged everywhere. At the same time, Europeans know from bitter experience that democracy must be protected from those that would abuse legitimate processes to advance radical, illiberal, and anti-democratic agendas.

PrevPreviousPolitics in the 21st Century: Europe, Israel, and the United Nations
NextOp-Ed: Democracy in the Palestinian Territories, but at what cost?Next