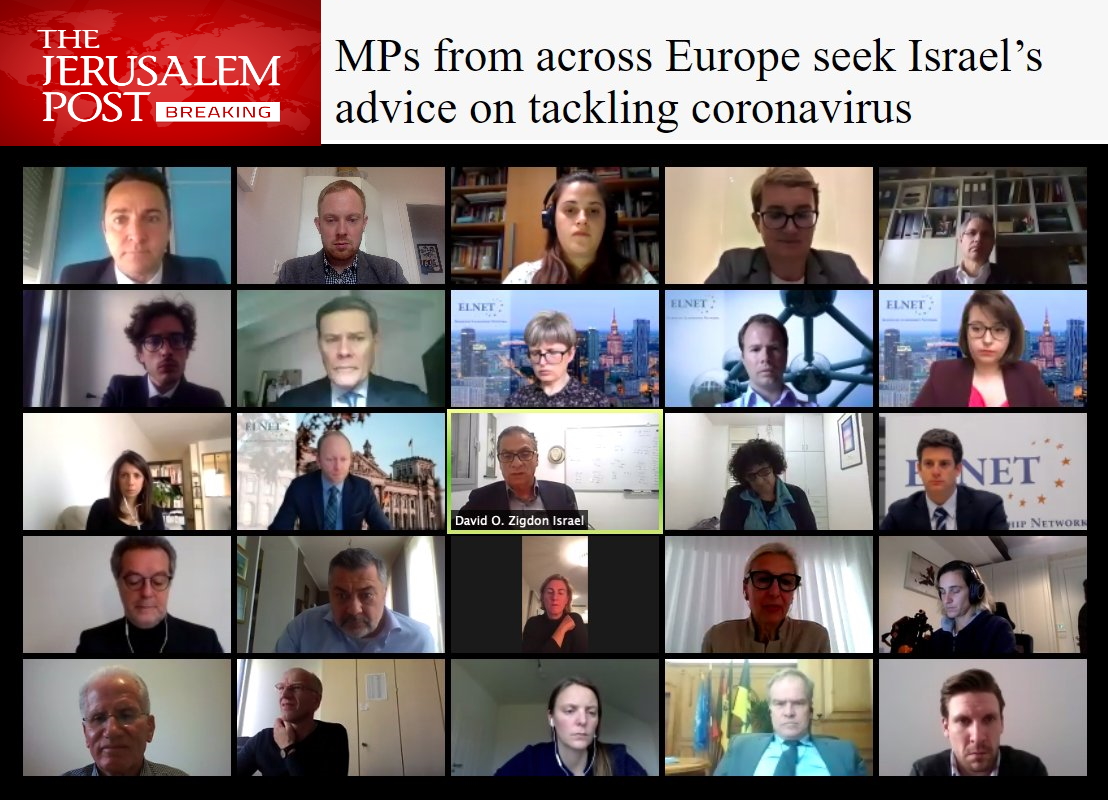 MPs from across Europe seek Israel’s advice on tackling coronavirus

Nearly 100 officials and parliamentarians from 15 European countries gathered for an online conference on Thursday with top Israeli health experts to address the challenge of the COVID-19 pandemic.

The conference was organized by ELNET, a nonpartisan organization dedicated to strengthening Europe-Israel relations.Health Ministry deputy director-general Itamar Grotto called for greater information-sharing, which he said was crucial for fighting the virus.

Prof. Michal Linial, a professor of biochemistry and bioinformatics at the Hebrew University of Jerusalem briefed the group on the global spread of the pandemic and Migdal Galilee Research Institute CEO David Zigdon reported on progress in developing a vaccine.

Zigdon said Migdal, which recently received a €4.5 million grant from the EU’s Horizon 2020 program, is looking for manufacturers with experience in fermentation and testing the protein used for the vaccine and encouraged participants to reach out to their country’s regulatory bodies to initiate the trials to approve the vaccine.

Several ambassadors to Israel from Europe asked the experts how their countries could better cooperate with Israel.

Meyer Habib, a member of the French National Assembly representing French expats in Israel and several other countries, pointed out that 22 of his colleagues in the parliament have already been infected with the coronavirus.“I am afraid that half a million [infected people] in the world is an underestimation,” he said. “I personally know 100 infected people.”Habib sought more information about using chloroquine, usually used to treat malaria, for COVID-19, saying that there is an “intensive discussion” on the matter in France.

Member of the European Parliament’s Committee on Industry, Research and Energy Pietro Fiocchi asked about herd immunity and average age of those infected.“As I understand, the outlook is potentially good for [countries with a] young average age, but in a nation like Italy, where we have a very high average age, it is not as good,” he said.

Fiocchi asked the Israeli experts if they thought South Korea’s approach of mass testing is the right one.